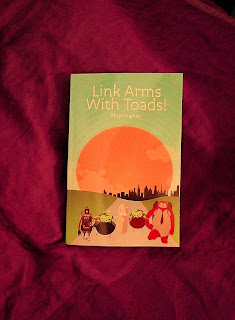 I'm delighted to announce the official publication of Link Arms With Toads! This showcase of Romanti-Cynical stories features tales from the past 16 years of my writing career. It's available from various bookstores and here is the publisher's webpage devoted to the book. Chômu Press are also holding a prize draw: if you win you'll get a signed copy of Toads! plus a poem or story or drawing in which you are the main character: I'll do that by hand somewhere at the back. Details of the prize draw are here. Good luck! (Wishing "Good luck" to everybody is a bit silly really, as you can't all win, but it seems more courteous than not wishing it; I guess it becomes truly absurd when the person who spins the National Lottery wheel says it). 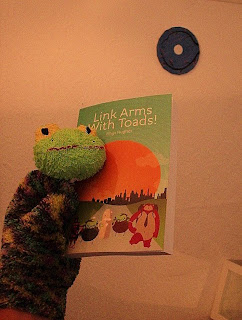 Already Toads! has received some great reviews. Some books catch the attention of reviewers; some don't. There doesn't seem to be a formula for this, or if there is one it's beyond my understanding. I was asked recently (by Ramsey Campbell) to explain the meaning of 'Romanti-Cynicism'. Well, it was originally designed for other people like me, who are naive and sceptical at the same time: it's a product of my earlier hope that it might be feasible to experiment rigorously with the chemistry of genres, blending them like elements in certain ways to create precise new story-molecules that have never been seen before. Pretentious? No, not really. Just ambitious and a bit daft. But that's the best way to be, in my view.

Sangria in the Sangraal 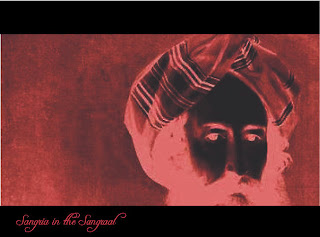 My book of whimsical fantasy stories set in Old Spain is now available for pre-order from Ex Occidente Press here. It's a deluxe limited edition designed for book connoisseurs. Some books have a certain magic about them. I guess it's not good manners to claim such a quality for one's own creations; and yet I genuinely believe there's something bewitching about these stories. They form a sequence that spans 1000 years of the history of an obscure (but real) little city in the remotest part of Aragon. I came upon this little city purely by chance back in 2007. I have written about that encounter elsewhere on this blog and if you're interested to read more, the relevant link is here and that blog post contains another link to another blog post about the book I read when I was there... 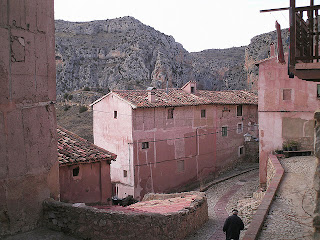 That book (Jan Potocki's Manuscript Found in Saragossa) partly inspired the tales in my own book. While wandering through Albarracín and the mountains around it, I realised that one day I would write a set of stories set right here. Two years later I began the project. When it was completed I gave it the overall title Tucked Away in Aragon but Dan Ghetu, the owner of Ex Occidente Press, suggested changing it to something more mystical. So I called it Sangria in the Sangraal instead; and it's a better title. Obviously when writing a sequence that spans so many centuries there needs to be an overarching theme or conceit to help preserve the wholeness and intergrity of the scheme. In the case of this book that conceit is... sentient clouds! You'll understand how and why if you read the stories. 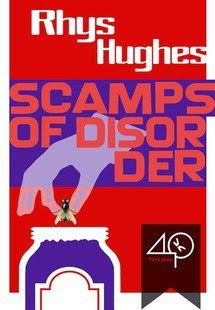 In regard to my writing, I usually find that good news comes in clusters, like grapes. The old adage, "you wait ages for a bus, then three come along at once", definitely seems to hold true for me when it comes to publishing events. Sometimes it almost feels there's too much to blog about. The same holds true for bad news, of course; and in fact it's perfectly natural that everything in the universe should cluster. In fact, if the law of probability dictates an equal spread of everything over space and time, what is the chance of that law being always right? If the law is right, then it must be subject to itself, so its own force will be also be spread out over space and time and perhaps it will be too thin to have much influence on the real world. Thus: clustering.

That's my story and I'm sticking to it. Talking about stories, I could mention that I've just completed and submitted 'The Polo Match' (my second 'Sampietro Mischief' tale); or that I'm now free to return to finishing the final chapters of The Pilgrim's Regress; or that my book of whimsical fantasy stories set in Old Spain is now available for pre-order (that volume is called Sangria in the Sangraal and I'll blog about it soon); or that my story collection, the romanti-cynical showcase Link Arms With Toads! is due out in a matter of days... But in fact I'll content myself with announcing the release of my latest ebook. Scamps of Disorder explores two sides of a very strange coin: the antics of a secret society dedicated to causing as much trouble in the world as possible in order to pre-empt unjust accusations (you can't be wrongly accused if you're guilty of everything). But the members haven't analysed the implications of multiplying negatives... This ebook is available for the grand sum of £0.71 or the equivalent fraction in euros and dollars. 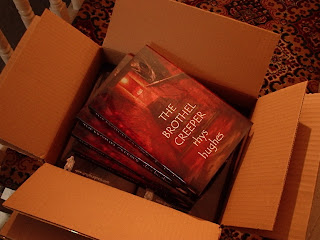 The limited hardback edition of The Brothel Creeper arrived at my house today. Five large boxes stuffed with books. This edition looks extremely nice! Now I just need to sign and number the individual copies and then I can begin mailing them out. Although it's unusual for an author to distribute his own books, there was some sort of difficulty with the printers, who declined to include signed sheets with the other pages; so it has to be done the hard way instead. It's not much skin off my nose, to be honest. I'm very pleased with the production values of this volume, the effective design, clear font and dark print. 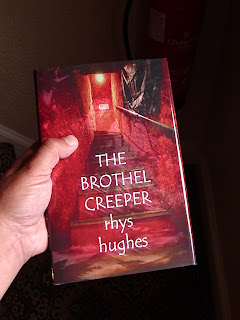 I've stuck my neck out already and declared The Brothel Creeper to be my best collection to date. I intend keeping my neck stuck out on this issue. I'm especially proud of the double theme that runs through the book, an equal mix of spiritual and sexual tales with a certain amount of overlap: some of the stories form cycles that interact with other cycles... The hardback edition includes a bonus tale, 'Cracking Nuts With Jan Hammer', making a total of 21 stories. The earliest piece in the collection dates from 1994 and the most recent from 2010. The book is available from Amazon and many other bookstores or direct from the publisher, Gray Friar Press.

A full listing of the contents of this book (and all my other books) can be found on my Aardvark Caesar website.