The Return of Two Novellas 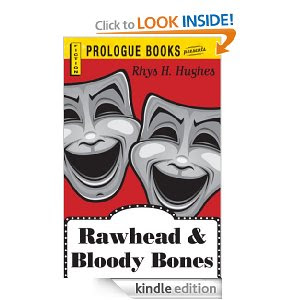 Prologue Books in the USA are bringing back into print some of my early out-of-print books. Two have just been released for the Kindle. Written in 1996 and published two years later, Rawhead and Bloody Bones, a novella about two ghost comedians and their tour of Europe, is available on Amazon here and probably elsewhere too.

Also written in 1996 and published two years later, Elusive Plato is perhaps my most transgressive and darkest work, so much so that I'm a bit reluctant to plug it on my blog, where there are so many nice and gentle people watching, but hey... it's just literature, right? You wouldn't avoid George Bataille, Samuel Delany or Pauline Reage on the street just because they had written twisted works of depraved perversion, would you? Oh, you would! Oops! 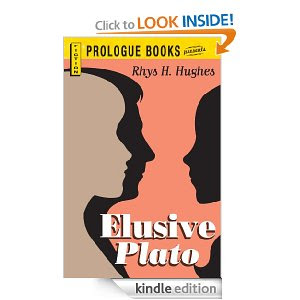 I don't write "transgressive" fiction any more. I find books that involve intense sexual perversion very disturbing; but important because they are disturbing and thus help to illuminate (or less helpfully: to propogate) the darker aspects of the human condition. Personally, whenever I read a bondage scene in a book or see one in a film, the main urge it awakens in me is to jump in, bash the man and free the woman, like some sort of unwanted Don Quixote...

I used to think that I could make a valid contribution via my fiction to an understanding of the dark drives of the human condition; but I no longer think that. The only thing I think I can make a true contribution to is the examination of the idea that logic isn't necessarily connected with empirical reality... Anyway, Elusive Plato is available from Amazon here and probably elsewhere too... 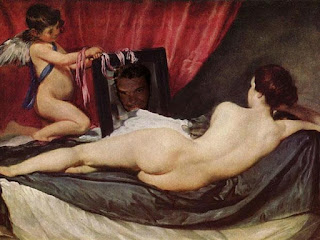 I have sent out more than half of the lettered copies of Tallest Stories to those kind people who bought them; but clearly I am still taking more time with this task than I should. I apologise and will attempt to speed up my parcel-making activities next week. I did all the easiest orders first; so those readers who also bought The Smell of Telescopes have had to wait longer because making a double parcel is harder and I need to send those orders in boxes rather than envelopes. I agree that this is an unfair way to proceed and apologise for the delay.

While talking about this book, I would like to mention that the magnificent Des Lewis is currently conducting a 'real time review' of Tallest Stories; and I am delighted by this. It is unfolding right here, day by day. Des is an authentic hero of literature; there really is no other word adequate to describe him. 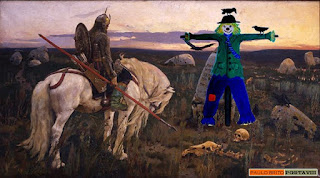 More necessary apologies: this time for the delay in getting the ebook of the Winter Issue of Sein und Werden ready. I have been very busy lately and quite disorganised. Needless to say, this project is still going ahead. I just need to shift up a gear. The print issue is already available and all contributors should be getting their copies soon, if they haven't received them already (some have).

After a slow start to 2013 in terms of writing new fiction, I seem to have got back into the swing of things; and my rate of production has returned to a reasonable and useful level. I am currently writing stories intended for various anthologies and a possible new 'gothicky' collection to be released at the end of 2015 (yes, it pays to plan ahead). 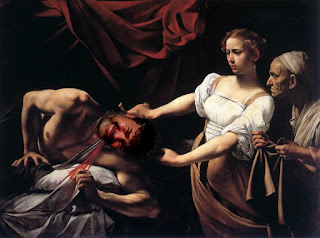 An amusing and talented Portuguese gentleman by the name of Paulo Brito has recently been engaged in some interesting and entertaining capers involving my twelve self-published ebooks. More about this in a future blog post; but in the meantime here are some paintings that he has manipulated. They say that "a picture is worth a thousand words". Following such logic, this blog post is 3300 words long.

Paulo has produced other playful visuals in this vein and claims to want to create more. I look forward to seeing what his quirky (and slightly sinister) imagination comes up with...

The Cisco Kid and Dark World 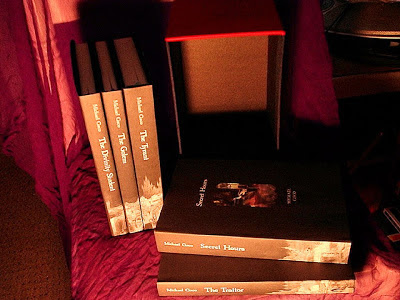 Sometimes I wait weeks for a parcel, then suddenly two come at once. But it doesn't logically follow that parcels are buses or any other kind of vehicle. Two days ago I picked up a big box that contained a heap of books from the remarkable Centipede Press in the USA, chief among them being this Michael Cisco box-set of five novels. The set is worth $250 and I was given it gratis in return for writing the introduction to The Tyrant. Seems like a good deal to me!

Personally I regard Cisco as one of the finest weird writers currently working in the world today. In terms of imagination and invention he's in the stratosphere, way above most of his contemporaries. Someone coined the term "dark jazz" to describe his work. As a jazz fan myself, I think this comparison is accurate and apt. In my introduction to The Tyrant, I draw a comparison between Cisco's prose and the music of the composer Conlon Nancarrow, in the sense that Cisco often seems to be telling more than one story simultaneously and Nancarrow created player-piano rolls that played 'impossible' music that were beyond the abilities of any human player and mixed many tunes at once, utilising many different time signatures for each one.

Here's a typical Nancarrow piece. At first it sounds like over-enthusiastic early jazz, then the madness starts to set in, then the feeling of being horribly overwhelmed. But listen to it a few times and the individual elements become discernible and then the way they mesh together becomes enthralling. Most of his music functions in this manner. And I believe that Cisco's prose does too... 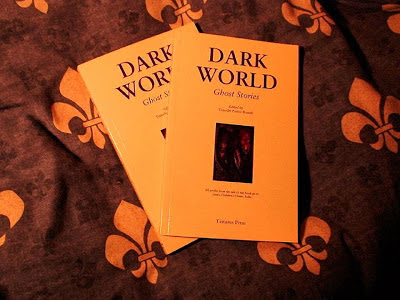 The other parcel I received on the same day contained this anthology of ghost stories for a good cause. Published by Tartarus Press, all profits from sales of Dark World will go to the Amala Children's Home. I have a story in it, which is why I was sent two free copies. My story is far more conventional than the majority of my work (parts of it were written as long ago as 1988 and then lost until last year, when I decided to finish the piece.)

In 2013 I have decided to write the occasional 'orthodox' weird story in similar style to this one and when I have written enough of them I hope to maybe issue a collection in the future that is relatively 'normal'... 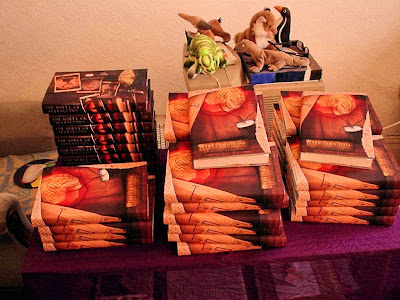 I have started mailing out the lettered copies of Tallest Stories to those kind and gracious readers who ordered them. I'm rather bad at making parcels, so it might take a while before all 26 are dispatched, but I'll do my best.

I have problems using sticky tape, wrapping paper and bubblewrap. I can't seem to stop the tape twisting around in mid-air so the sticky side is on the outside and held in place by crisscrosses of other sticky tape; and I can't do straight lines.

Also the tape rips when it's being unwound and one side unwinds faster than the other side and laps it and somehow gets stuck with it and then the thicker half nudges the thinner half off the edge of the tape reel, so there's a length of useless tape with a rat's tail waving in mid air getting stuck to anything in range... Ah well! Maybe I'll get better!