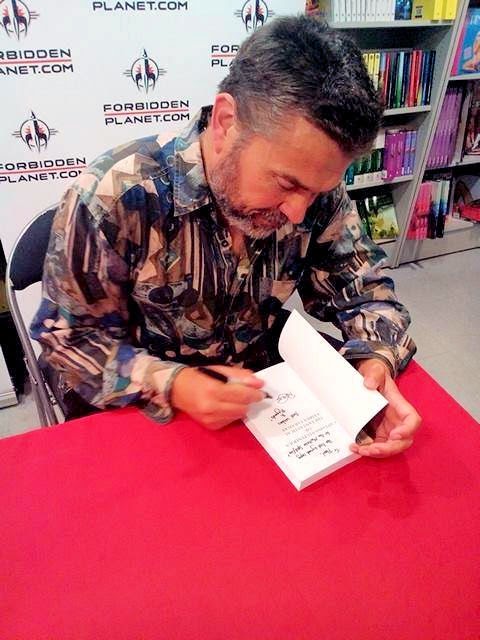 I went to London on Saturday for the launch of my new novel Captains Stupendous. The launch took place at the Forbidden Planet bookstore, which is larger than I seem to remember it, and also in a different location. Clearly the business has expanded.

The novel is available from Amazon too and other online bookstores.

After the signing we went to a pub around the corner. It was nice to meet my publisher for the first time. Then I went to Madame Tussauds. It's the first time I have been there since I was about 9 years old. It was good fun.

My next booklaunch is in Ireland on October 7th. I am hoping to make an adventure of getting there and travel to Limerick by bicycle, but this depends on the weather. I should know how feasible this will be in a couple of days from now... 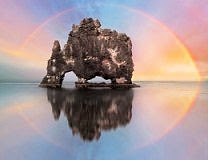 My story 'Eternal Horizon' has been republished online by Lightspeed Magazine and can be read for free by clicking on this link...

I wrote this back in 2002 and it's a good example of the sort of thing I love to write but for which there is almost no market these days. It's not SF, not quite fantasy, not quite magic realism, not quite fabulism, but sort of a mishmash of all these... It's also a love story...

It was originally published in the anthology Album Zutique edited by Jeff VanderMeer but it appeared with several errors (the title of the story was given wrongly as 'Eternal Sunset' for some reason) so I have taken this opportunity to make the correct text available. 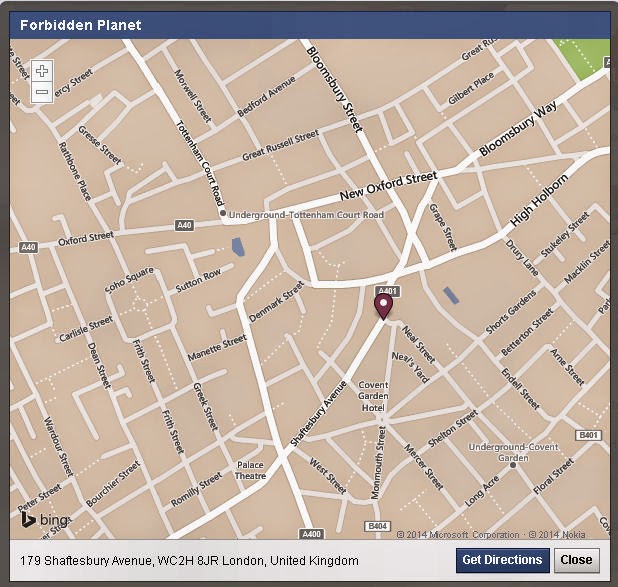 My next booklaunch and signing is going to take place in London at the Forbidden Planet Bookshop on September 27th between the hours of 1pm and 2pm.

The book in question is my novel Captains Stupendous...

This will be a joint event with Sam Stone, who will be signing copies of her new novel What's Dead Pussykat.

I don't do many booklaunches in the UK, and in fact I have only done three (The Abnormalities of Stringent Strange, The Postmodern Mariner and The Less Lonely Planet) in the past six years... 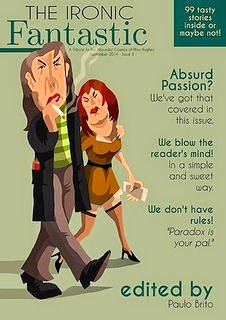 Issue #3 is so far ahead of the first two issues that it's like comparing the Matterhorn with a nose. Paulo is a superb designer with a true designer's eye... This issue contains work by Michael Bishop, Chris Harrendence, Sissy Pantelis, Caleb Wilson, Bruce Holland Rogers, David Rix and too many others to mention...

This issue is also -- I am almost blushing to admit -- a sort of tribute to myself and my work. It also contains my 742nd story, 'The Melon Seller'... and it's free, all free! Download it by clicking on this link. 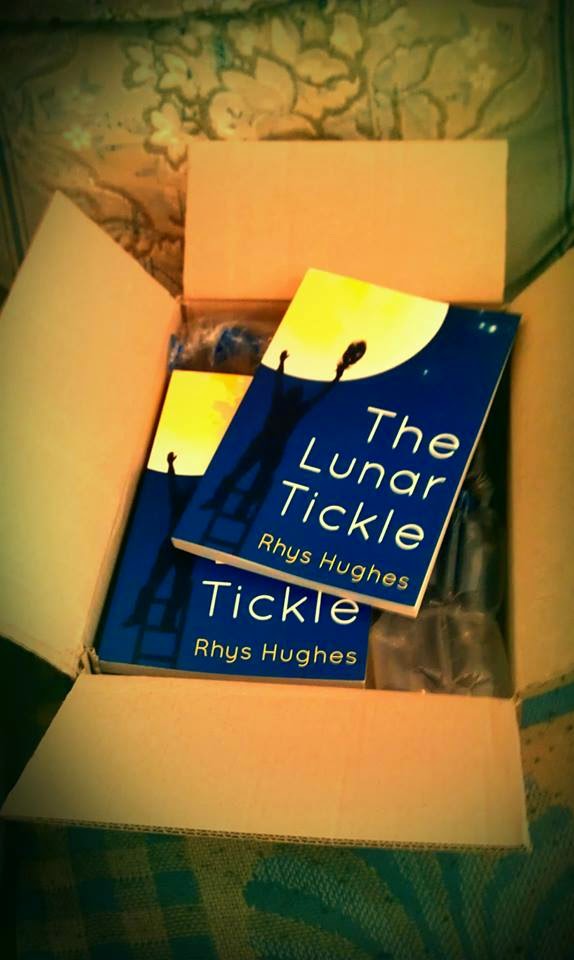 I have just received the complimentary copies of my new collection of stories The Lunar Tickle. I am extremely fond of this book but I know it won't be a very popular one and sales will almost certainly be low because it is a kind of fantasy that is fairly unusual these days, especially in Britain and the US, namely fiction that utilizes non-empirical logic.

The logic that controls the development of the stories in this collection tends to be lateral, i.e. based on word- and ideas- association rather than everyday causality...

I love this kind of fiction but very few other people do... Spike Milligan was the last great exponent over here (his Puckoon is a masterpiece of punnery and absurd comedy), but before him there were writers such as Maurice Richardson, J.B. Morton and many others doing this kind of thing... Lighthearted word-games, absurd ideas and lateral twists of logic. 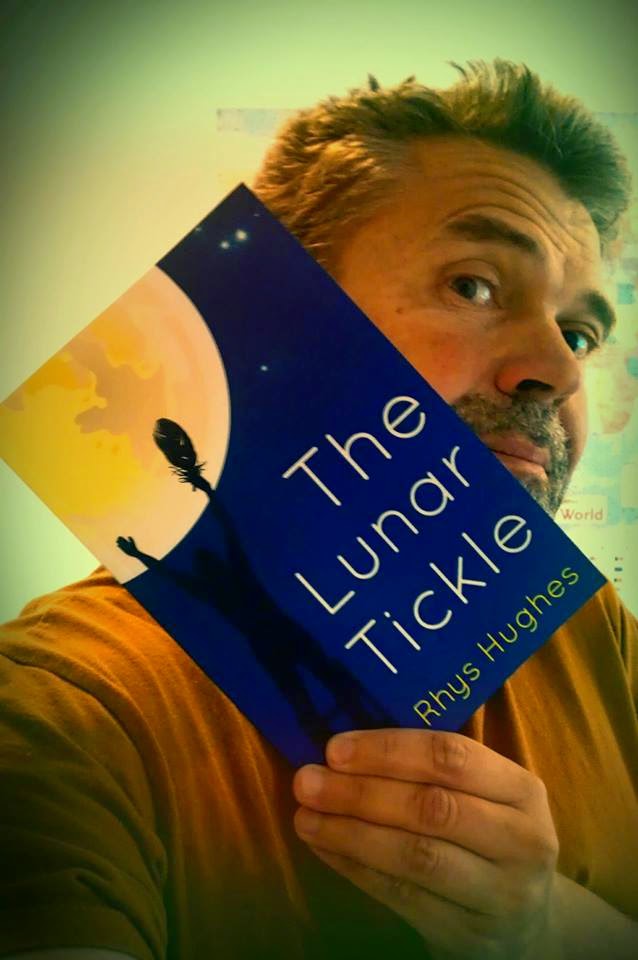 One magazine that published many of these writers was Lilliput, which was founded in 1937 and lasted until 1960. It was especially good in the 1940s. The cartoons of Raymond Peynet also appeared there...

My favourite ever comic novels, W.E. Bowman's The Ascent of Rum Doodle and The Cruise of the Talking Fish, are also vague members of this elusive 'non-genre genre'.

I have added this title to my Aardvark Caesar blogsite, which lists all my published books so far.

The Lunar Tickle is available directly from the publisher here or from Amazon. The cover artist is Emmet Jackson, who was also responsible for creating the wonderful cover for my novel The Young Dictator. 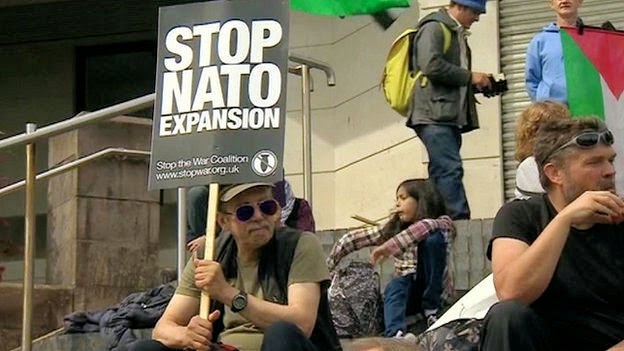 I went on a political demonstration last Saturday, the first I have been on for several years. My photo even appeared in the BBC news. Here I am on the right (not politically) radically opposing war by munching on some salad! I went with two friends and we marched through Newport. The atmosphere was good natured, thankfully; and although there was a very heavy police presence the entire situation wasn’t as oppressive as I had feared it might be. The demonstration won’t change anything, of course, but I guess such events are often more about defining yourself and demonstrating your beliefs than persuading others to change theirs. 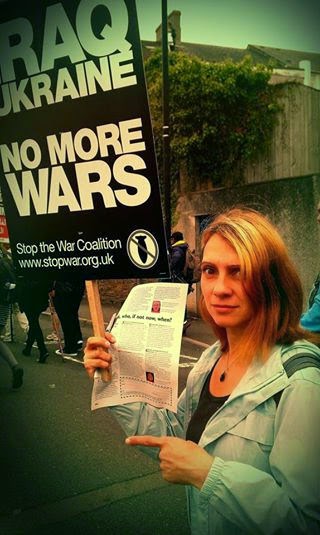 I was there primarily to protest against the astronomical sums of money being spent on unnecessary weaponry when so many drastic cuts are being made in essential services... But one thing I find very annoying about these demonstrations is the way the extreme left try to hijack every protest march and make it look like it is a communist march instead of a march consisting of individuals from every part of the political spectrum... The irony of communists marching against war would be amusing if it wasn't such a slap in the face. Communism is aggressive, acquisitive, expansionist and intolerant. I know what a 'false flag' operation is... it's manipulating the scene so that moderates and sensible ordinary people have to march behind the hammer and sickle... I am fed up with it. There really needs to be a plan of action by individuals at such events to visibly declare their independence from such fringe parties.

This other photo shows my friend Elena demonstrating her “determined” look...