Back to the Blog

This is the longest pause I've ever had in updating my blog. I haven't written a new entry since September. I felt that people were losing interest in blogs. Social media (Facebook etc) seemed to be taking over most of the functions of the old fashioned blog. Nonetheless it occurs to me that it will be nice to keep updating my blog anyway, less often perhaps; once a month maybe. Each entry can then be a review of the month as a whole.

2015 has been a very interesting year. An excellent year, in fact. It started off with a bang and many great things happened as it progressed. I started with a trip to Serbia, Macedonia and Greece. In Skopje I met the most excellent Brankica Bozinovska, who created the covers for two of my books, Flash in the Pantheon and Thirty Tributes to Calvino, as well as several ebooks. I have known Brankica for many years but this was the first time we had an opportunity to spend time together. She was kind enough to drive me right across Macedonia and over the Greek border one cold but bright day and that was a fine adventure.

As for book publications, I had three books released. Orpheus on the Underground (Tartarus Press), the aforementioned Thirty Tributes to Calvino (Gloomy Seahorse Press); and a collection of absurdist tales called Mirrors in the Deluge (Elsewhen Press) that I am extremely proud of, but which failed commercially. I urge anyone who likes my writing and who hasn't yet obtained this book to do so, both to support the excellent publisher and also to reaffirm my belief that absurdism isn't dead yet... Many of my out-of-print or difficult-to-obtain books also became ebooks this year; I especially recommend The Lunar Tickle.

It was a fine reading year too. According to Goodreads (where I list all the books I have read in a year) I read 42 books. Of these, the best were: 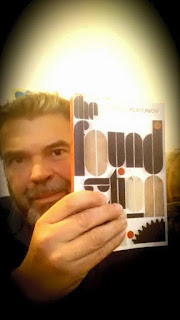 As can be seen, the joint 'winners' were the Platonov and the Saint-Exupéry. If pushed, I would say the former was more monumental and catastrophic in terms of philosophical, political and historical significance; but the latter was more to my particular taste and more purely enjoyable.

I wrote a total of 29 stories this year. My rate of production dropped sharply. Back in 2010 I managed to write 240,000 words of fiction in one year; in 2015 I only managed 70,000. But I am permitted to slow down at this stage. I have reached number #782 in my stated aim of writing exactly 1000 stories. It all seems to fit in with the plan. And I sold several new books to publishers for next year and the years after. 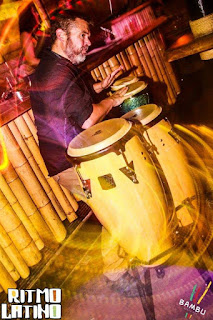 I am going to be writing more non-fiction from the beginning of 2016 and afterwards. I always knew that one day I would start writing essays and articles properly, I just wasn't sure when this would happen. Of course I have written lots of non-fiction in the past but I never took it very seriously. That's going to change. One day, when I have finished my grand cycle of stories I will probably transmute entirely into a non-fiction writer. Anyway, the first project of this new phase will be a critical essay on Andrey Platonov's 1931 novel The Foundation Pit (see above).

Health and fitness: I ran my first 10K without stopping, something I have wanted to do for many years. I got into weights seriously. Dancing and drumming also helped, being good exercise in their own right. I continued to play the drums every Sunday night in a Latin music club, and the styles of certain dances, such as kuduro, became more energetic than previously.

I met some amazing people as a result of all these activities. I had lots of walking trips in West Wales too; but I only managed to go climbing once, and that needs to change next year.