I have lots of writing news, including information about a forthcoming novel and two story collections, but instead I am going to briefly talk about non-fiction writing.

The year 2017 is my Year Zero for non-fiction. Although I have written plenty of non-fiction in the past I never took it very seriously. I tended to do it as a chore rather than a pleasure. But now I am going over all my former pieces, adjusting them, rewriting them, getting them into much better shape. And I have also started writing new articles. This time I am putting as much effort into non-fiction as I do with my fiction. I intend one day to transition fully to a non-fiction writer.

Today I finished writing a article called, 'On Strawberries'. This article will hopefully be the opening piece in my first non-fiction book, which with luck will be called Logic and the Monsters. Although the article is ostensibly about strawberries it is also about higher dimensional geometries, Tantric yoga, warrior ethics, goblin markets, Malaysian girls and many other things. My scheme is to make unexpected connections between a very wide range of disciplines. There are lots of footnotes too. In some of my future articles, the footnotes will have end-notes that will also have footnotes*. * because that's the kind of man I am.

This is the list of subjects I am planning to write articles on (or already have). It's not a comprehensive list but good enough for the present purpose. It gives an idea of what my first non-fiction book might contain:

• Strawberries, the finest fruit
• The First Science Fiction Novel
• How every writer is their own favourite author
• Brexit: some thoughts on Europe
• Mazes, their symbolic meaning
• A most underrated writer, the work of Barrington Bayley
• When satire goes too far
• Parallel Universes, how even their non-existence will prove their existence
• Occam’s Razor, a new logical twist
• Alain Resnais, his films
• Why immortality accelerates time, an idea
• Life after death, a new way of looking at this question
• Kizomba, the most sensual dance
• Paradoxes, why they are so intriguing
• The Empathy Problem, some thoughts on empathy
• Mountaineering, a pure pursuit 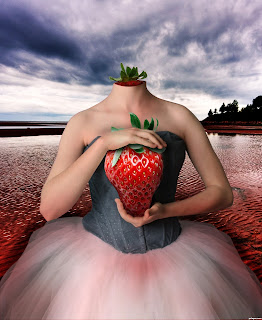 • Coconuts, the floating food
• Jacques Tati, his films
• Penguin Café Orchestra, an appreciation
• Perpetual Motion, the joy of mechanical absurdity
• Logic and the monsters, an imaginary film script
• The hazards of being a pedestrian
• The perils of checking out women
• Three things I write about and three I don’t
• The Ultimate Existential Horror
• A logic flaw in the horror genre
• Walking through Portugal
• Predatory males, why they give real predators a bad name
• Italo Calvino, an appreciation
• Not in my name, usurpation through accidental nomenclature
• Unusual titles for stories
• The Workshop of Potential Literatures
• Desperate Straights, a logico-whimsical argument
• Some thoughts about Richard Dawkins
• The art and designs of Rodchenko
• Rules for an imaginary literary society
• The Poetry of William McGonagall
• The problem of evil, a possible solution
• Géza Csáth, his life and work
• Pierre Louys, his life, perversion and work
• Maurice Richardson, his neglected classic
• Romanticynicism, an outline for a new literary movement
• Magic Realism, what it might be
• What scares me, a personal list
• Metafiction, married a fiction, had lots of microfictions
• Stories never to be written
• John Sladek, an appreciation
• Creative writing classes, a few doubts about them
• Uranus, a planet neglected in science fiction
• Pretension, and what it really is
• Why songs are often illogical
• First band without the definite article in their name
• Rinky Dink Panther, Time Traveller