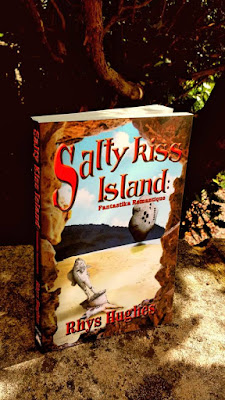 My new book has just been published, courtesy of Storm Constantine of Immanion Press. I am absolutely delighted with it, so delighted indeed that I have written this article to explain why I believe it's my best collection so far.

It is a collection of my fantastical love stories, 22 tales in total that were written over a period of 15 years. Two of the stories are novellas and one is a novelette, so the total wordage of the collection is just over 100,000 words.

The style of these stories is mostly what one might term 'magic realist' and I am happy with this definition, despite the vagueness of the term and the fact that not all the stories in the book are quite that way. They were inspired by real feelings and people, moods, circumstances, dreams and daydreams, music from tropical lands, writers such as Amado, Couto, Vian and Calvino (always Calvino) and a curious yearning for a different kind of life, and generally speaking they highlight my urge to break free from the narrative restrictions of the conventionally told anglophone story, whether it be mainstream or genre.

I feel that with this book I have reached a milestone on the admittedly lonely path of my writing career. I am not especially successful financially. It has been a struggle. But this book exists. I feel that something important has been validated...

The book is available at amazon and other online stores, and the magnificent Des Lewis has already begun one of his real time reviews of the stories within. 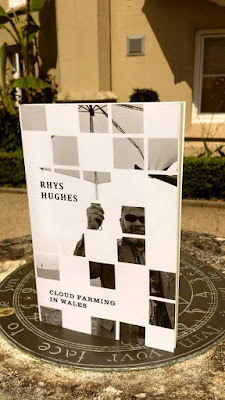 I am delighted to report that my new novel has been published by Snuggly Books and is available both as a regular paperback and a very limited hardback. It can be obtained directly from the publisher (see link above) or from Amazon or many other online stores, and possibly in some real bookstores too (I don't know which ones yet, but maybe the legendary City Lights in San Francisco. The publisher mentioned that there was a chance that bookshop would stock copies).

My novel is a fantastical comedy set in Wales, and it is also a tribute to the writer Richard Brautigan whose Trout Fishing in America enthused me and taught me an approach to fiction that struck me as -- if not exactly new -- then differently accentuated, and it is an approach that appealed enormously to me. I wanted to write a book similar to his. Cloud Farming is my Trout Fishing. That's the idea anyway! The blurb I prepared for the novel runs as follows:

“In Wales it never stops raining. Or almost never. When it does stop raining from the sky, it rains from hearts instead. Indoors as well as outdoors, the people huddle in the endless drenchings, and over time they have evolved into aquatic creatures who only look and behave like men and women but aren’t really. There is a clue in the name of the country. Wales is a nation with no spot of dry land within its borders. Wales is an Atlantis that never stayed under but is just as wet. Crammed with mythical beings and happenings, Cloud Farming in Wales palpitates, germinates and extrapolates, but never evaporates, and the sodden heroes that wade and slosh through the mighty puddles of its pages are generally in search of a canoe."

The excellent Des Lewis has already completed one of his 'real time' reviews of this novel and it can be found by clicking on this link. I am extremely delighted with the way the book has turned out!