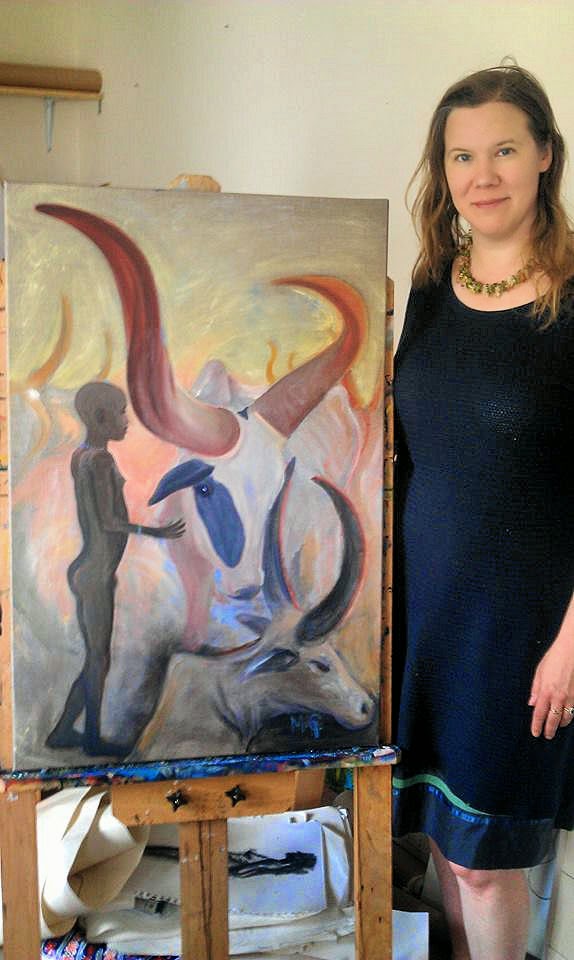 I have just returned from a week in Devon. I went to the village of Chagford to visit my lovely friend Martina and also to do some hiking and camping over the solstice period. The plan was to walk for five days and rest for two. As it happened, I'm not as tough as I was ten years ago and I only walked for three days. I wandered Dartmoor and a selection of forests, crossing and recrossing streams, and camped next to a river where I built my own shelter, which was warm until a couple of hours before dawn. That always seems to be the way. I am incapable of building a shelter that stays warm all night. Ah well!

On the morning of the solstice I rose very early to watch the sunrise from a high vantage point. Gazing across all the gentle hills and mist-filled valleys was a special experience. That part of Devon is perfect walking country with a selection of different terrain and nothing too strenuous and it is full of standing stones and other ancient monuments.

Martina has a studio near her house and I was delighted to view her paintings as originals. Previously I had seen them only as prints or digital images. 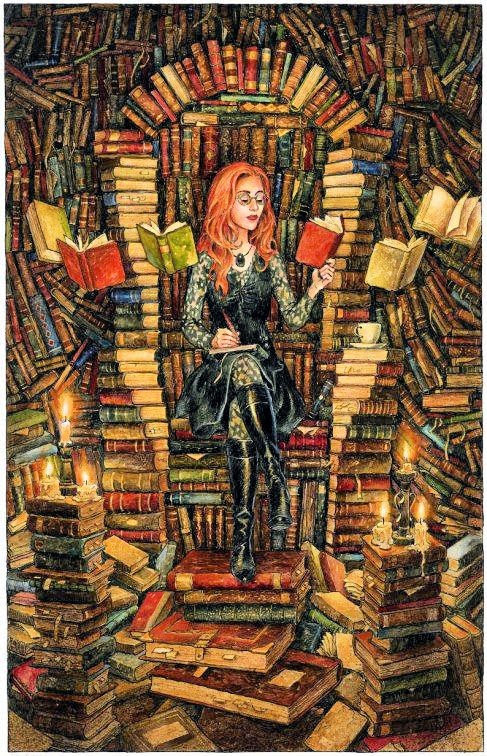 Chagford is one of the great contemporary artists' communities, for as well as Martina it is also home to Alan Lee and his daughter Virginia, Brian Froud, David Wyatt and many others. Such a wealth of artistic talent had me gobsmacked with awe! And indeed I spent a lot of my time scarcely able to draw breath in the vicinity of such luminaries. For instance I went to visit David for tea and was confronted with a great abundance of totally amazing work when I walked through the door, the first of which was this illustration of a word witch. I said, "Hey, this looks like the writer Theodora Goss!" to which David replied, "Yes, it's her. She visited me last year."

Martina played the piano for me and I had a go myself for the first time in about eight years. Here is a film of me playing (not too badly but not too well) the first of Erik Satie's Gnossiennes. I now want a piano again! I also want a coffee machine that makes incredibly strong espresso. And a cat... Martina has these things and they are good... 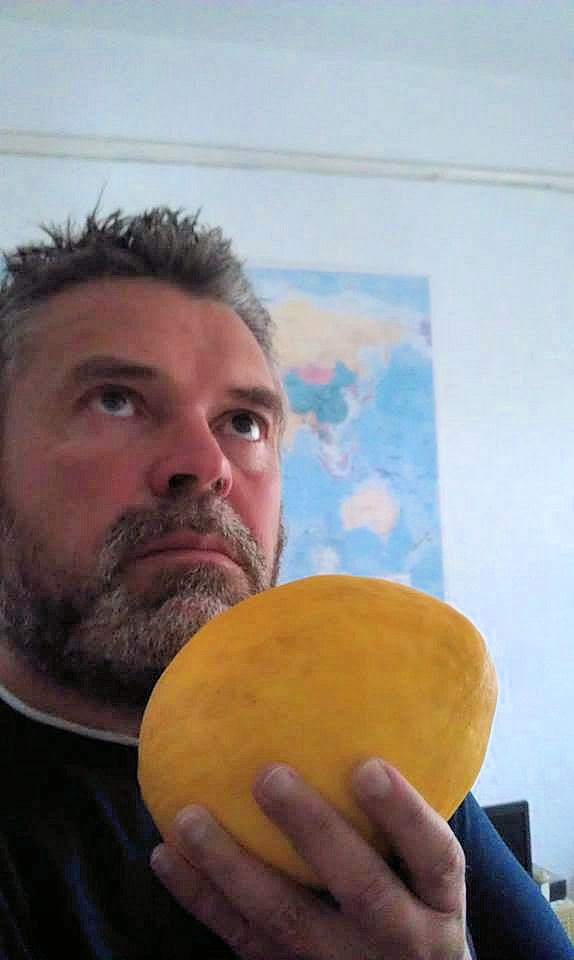 All my life I have wanted to see a real UFO and much to my surprise a few nights ago I really did... and I was fortunate enough to be able to film it!

I am very excited about this because I think that this footage will actually settle the question once and for all. We are not alone, aliens do exist and flying saucers are authentic phenomena...

Check out my Genuine Flying Saucer Film and judge for yourself... See if you don't agree with me that this is a pivotal moment in human history!

In the meantime I am preparing to offer a melon as a gesture of peace and friendship to the aliens when they decide to land and introduce themselves to us... 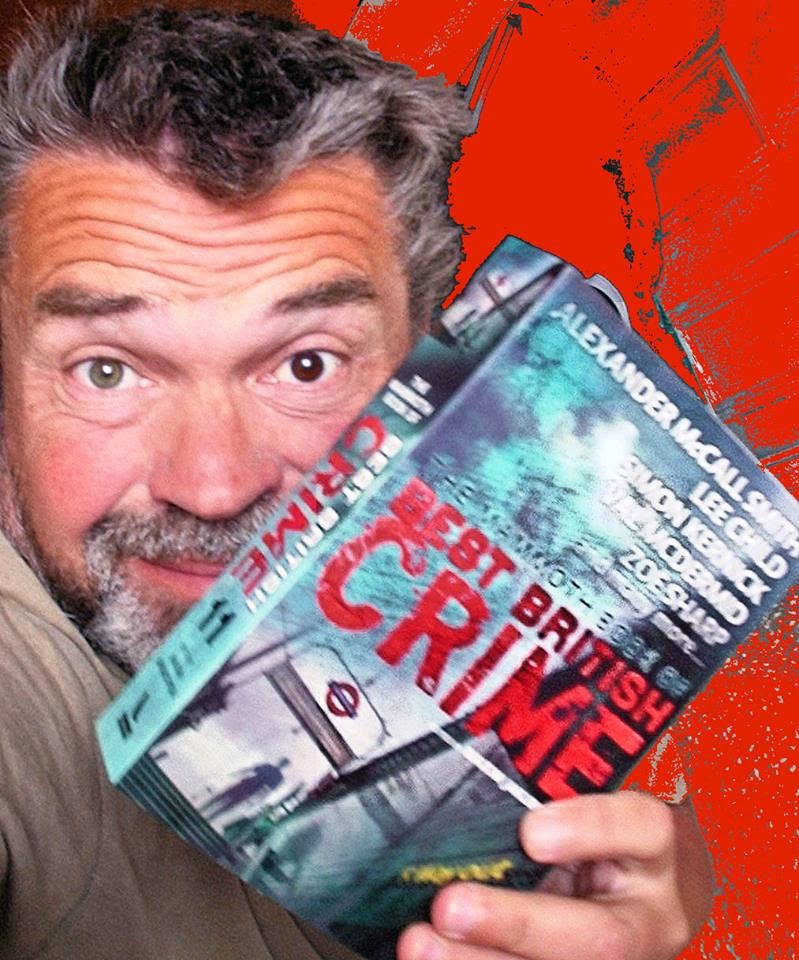 The Mammoth Book of Best British Crime arrived for me recently. It was officially published three days ago. It has been edited by Maxim Jakubowski, one of my favourite anthologists.I don't write many crime stories (my 'Sampietro Mischief' and 'Zwicky Fingers' series are my main exceptions) but this bumper book contains my tale 'The Baker Street Cimmerian', which is about what happens when Conan the Barbarian and Sherlock Holmes accidentally swap places...

Will I write more crime stories in future? Yes, but I won't rush to do so. It's a genre I don't know much about and there's no point jumping on a bandwagon if you aren't familiar with the tunes played by the band on that wagon. The first crime book I remember reading was Chronicles of Bustos Domecq, a collaboration by Jorge Luis Borges and Adolfo Bioy Casares and that was hardly 'normal' crime writing... 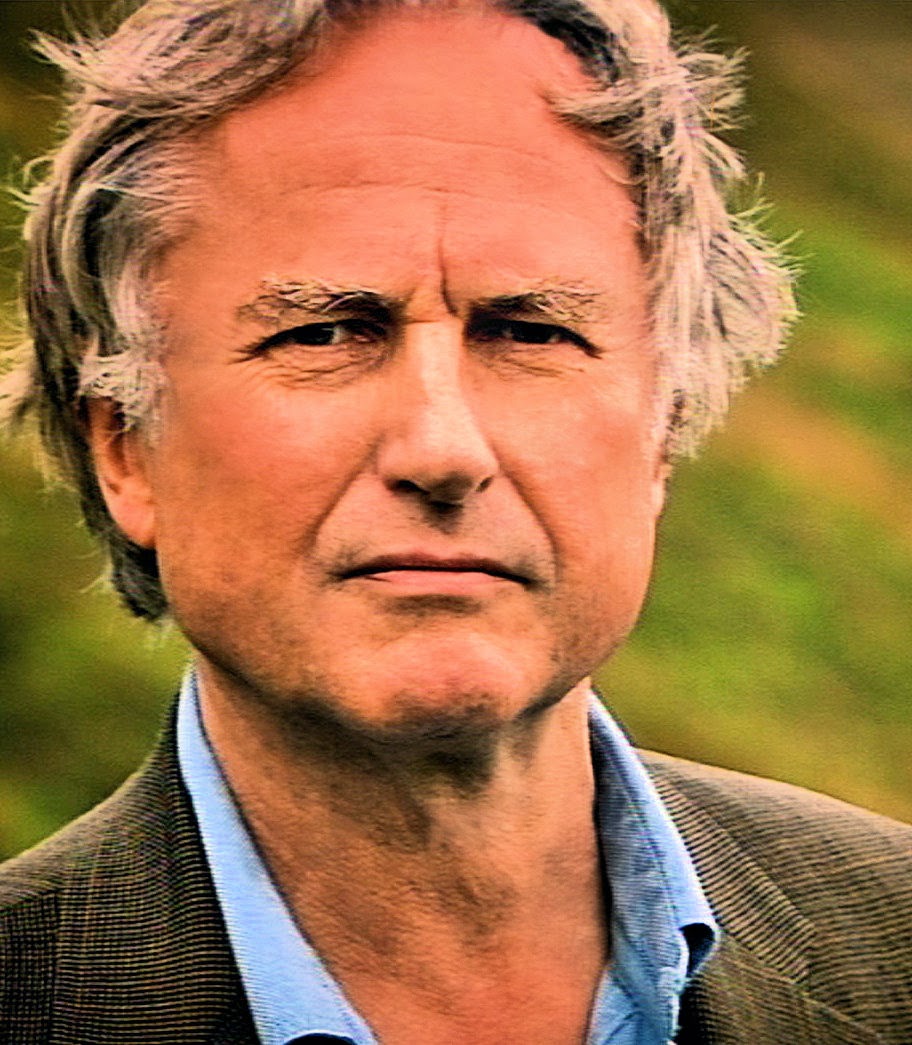 Richard Dawkins. I think he's an important modern cultural force and yet he infuriates me, sometimes almost as much as his detractors do. Dawkins gets a lot of emotional satisfaction from knowing and spreading the truth -- the truth that God doesn't exist. That's his meaning to life and he gets a full rich life from doing it. But the people he is preaching to get emotional satisfaction from their (wrong) beliefs in God and the Afterlife, etc.

So Dawkins gets his emotional satisfaction from depriving (or trying to deprive) others of their emotional satisfaction. This seems a little bit vampiric to me. Of course he cites the authority of "The Truth" to justify his behaviour. He is just a messenger of "The Truth". But is "The Truth" really such a great ideal? And is living while sincerely mindful of "The Truth" even feasible? Does Dawkins live that way, as if he is a transient speck upon a speck orbiting a speck that's a speck in a small corner of the universe? No, because if he did he would be crushed by the weight of meaninglessness. He's human like everyone else, an emotional creature, just like the people he talks down to. He isn't the pure "rational" being he wants to be seen as. Nobody is. He still wants status, power, success; he still has all the old atavistic urges, even though technically these urges are futile and stupid. He isn't superior to any other human in this regard. And "homo rational" is still a pipedream, thank goodness.

I am just wondering if "The Truth" is really a good excuse for being cruel...