Flash in the Pantheon, my collection of exactly 101 flash fictions, is available on Amazon now.

It has been available on Smashwords since the end of last October, but I'm aware that some readers prefer to buy ebooks from Amazon. Tony Lovell has redone his excellent cover for the book and I have adjusted the contents slightly (but not enough to justify you buying this edition if you already have the other one). 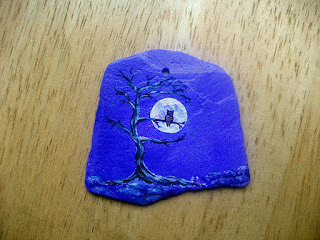 I've just put up the second edition of The Tellmenow Isitsöornot ebook at Smashwords. I've removed seven stories that also appeared in one of my other ebooks (Flash in the Pantheon) and replaced them with seven stories that haven't been published anywhere before. One of these new stories was written in 1993 but left in a box for 18 years before I rediscovered it.

I've also included a code at the very end of this second edition that will allow you to obtain Rhysop's Fables (which is also now available at Smashwords) for free... Both books are still 'pending approval' by the Smashwords editors, therefore I'm reluctant to plug them properly until they are passed. I'm fairly sure I made no formatting errors in either text, but you never know. Any weird formatting, please let me know and I'll fix it pronto.

I've been informed that a reader who purchases any edition of an ebook from Smashwords can download any subsequent edition without paying anything. So if you have already bought The Tellmenow Isitsöornot, you should be able to download the second edition for free; and this in turn will give you access to Rhysop's Fables for free. If you try this but have problems getting the second edition for free, please let me know. Email me at: rhysaurus@yahoo.co.uk

Also feel free to email me if you've already bought The Tellmenow Isitsöornot from Smashwords but bought Rhysop's Fables from Amazon. I'll arrange some way of letting you have a future ebook (don't know which one yet) for free. It's not right that readers should miss out! That's the golden rule that all authors should heed: TREAT YOUR READERS PROPERLY!!

Fables usually feature animals and Rhysop's Fables is no exception to this rule. That explains the miniature painting of the owl (title: 'The Moonwatcher') that I used to illustrate this blog post. It's a creation of Adele Whittle and if you like it, you can view more of her artworks on her new blogsite. Thanks!

Did you buy my ebook The Tellmenow Isitsöornot? If you did (or are planning to) then it gives me pleasure to announce that you'll get Rhysop's Fables for free when it appears on Smashwords a week from now...


A few days ago I had to "unfriend" a contact on Facebook after I learned that he had been an active member of the National Front (a far-right racist organisation) back in the 1980s. More than just an active member, in fact: he stood for election on at least one occasion. I'm not someone who makes a big show of being political; some might even call me 'apolitical'. True, I'm not particularly interested in party politics, but when it comes to questions of morality that's a different matter, and I just don't want a racist as a contact. 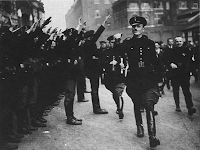 There had been mutterings about this individual for quite a while. I thought it best to directly email the person and ask him to confirm or deny the rumours. That seemed easier than trying to 'work out' his affiliations by tracking any comments he might have left on obscure websites (I just don't have time to do that). He replied that yes, he had been a member of the National Front in his youth but had resigned thirty years ago and had since changed his views. Now, as far as I'm concerned, we are all allowed to make mistakes and people who have "seen the light" and changed their views are often more rigorously ethical in subsequent life than people who always had the nice views from the beginning.

But... it seems that actually he hasn't changed his views at all; and various people have sent me various pieces of evidence that seem to indicate rather strongly that this individual still holds his old views. If this is indeed the case, and it's looking increasingly likely that it is, then he's a silly sod and really there's not much hope for him. But what do I do about it now?

Well, I guess I can clarify my own political views a little. I have done this before but maybe any statement of my politics needs regular refreshing. I don't like political extremism of any kind. I've travelled through enough countries that were formerly communist to see the damage that communism has done to populations and the environment. I'm anti-communist and frankly I can't stand Marx, Engels, Trotsky and all those other cream-whipping soulless bullies. I've said this many times previously. Has it been taken the wrong way, I wonder? Have some people assumed that if I despise the left-wing I must automatically be right-wing?

I'm not. Let's get that cleared up right away. I despise the right-wing with equal force. In fact, I find them even more sordid than the left-wing. The stated aims of traditional right-wing politics -- small government, low taxes, private sector control -- are valid political objectives. But these days, the right-wing is inextricably bound up with xenophobia and outright racism. These racist right-wingers like to portray themselves as tough but they are terrified of immigrants! That's not tough, that's sissy! They fail by their own proclaimed standards!

But the truth, of course, is that modern right-wingers aren't really right-wing. They are totalitarian supremacists. Like the Nazis did, they want maximum economic control and political control at the same time; they are a fusion of the worst from the left and right. In essence they are statists, advocates of a strong, ultimately controlling state. People often forget that Fascism and Naziism aren't just right-wing ideologies but contain many left-wing control elements too... 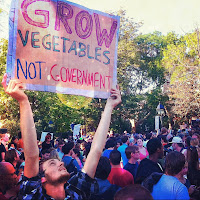 My own political ideals? I reject the strong state desired by the left-wing but I also reject the corporate, private-sector control desired by the right. I'm a Green Libertarian. I want minimal state interference and minimal corporate influence. I want maximum freedom for all individuals provided it doesn't infringe the freedoms of any other individual and doesn't harm the environment. Call me a misty-eyed transcendentalist if you like. Small private businesses, cottage industries, arts and crafts: that's the world I'd prefer. I don't want an utterly pastoral planet, though. I still believe deeply in robots and spaceships.


Thanks to everyone who has bought one of my self-issued ebooks over the past four months! A handful of stories appear in more than one ebook (for example 'Goblin Sunrise', 'The Porcelain Pig', 'Sir Cheapskate', etc) . This isn't an oversight but due to the fact that some stories work in different ways in different contexts.

However, because of these occasional overlaps, people who buy every one of my ebooks are going to end up paying for certain stories twice; so my next ebook will have no overlaps and I'll make sure it's free to readers who have bought at least one of my other ebooks. I'll set up a code for you to get it for free. It'll be out in February but I don't yet know what it'll be called, maybe The Lunar Tickle. 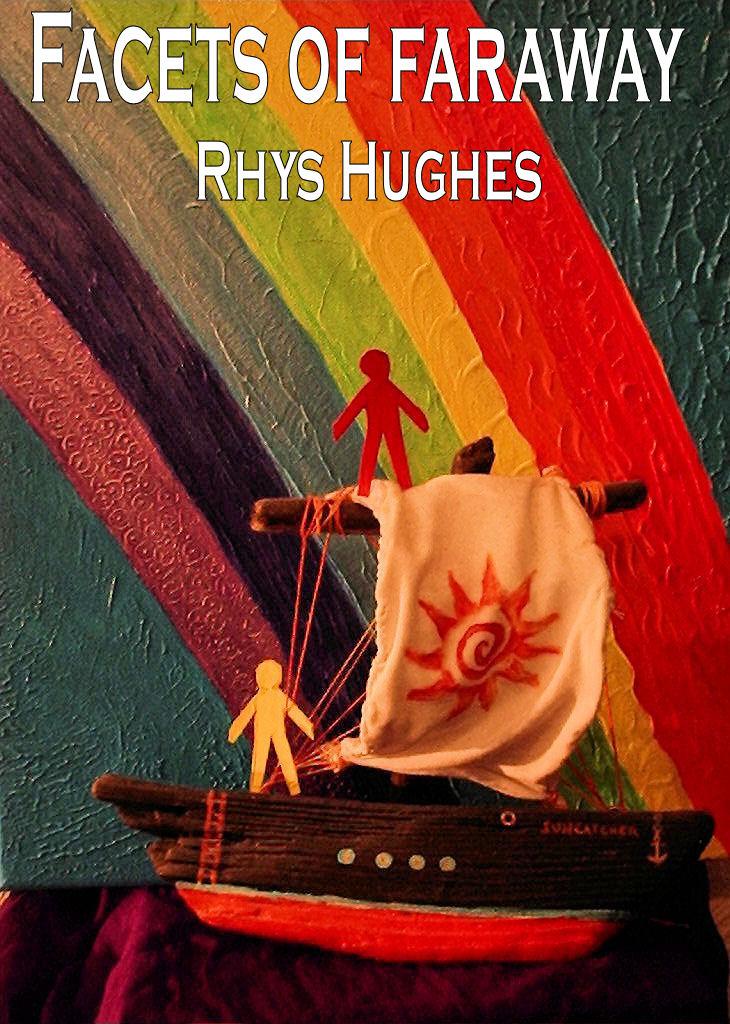 My latest ebook is now available from Smashwords. Tales of distant places, other times and strange beings, somewhere under the rainbow way down low... Incompetent explorers; knights, goddesses and viscounts that don't exist (but who are stuck in trees anyway); castles that give birth to baby fortresses; anti-matter monsters that meet and greet their twins; robots in lingerie; and a scientist who believes that all the energy in the universe is draining away through a hole in spacetime and who has a cunning plan to plug the leak!

For the price of $2.99 (that's £1.95 in British money) this cornucopia of delights can be yours, provided you have electronic reading apparatus. If you don't, you'll just have to imagine the stories instead! Here's the relevant link: Facets of Faraway. Includes the only two stories I've written in 2012 so far, and plenty of unpublished or hard to find stuff from previous years. If you buy this ebook, thanks! If you don't, no worries!

This is my fifth self-published ebook. I plan to release one every month until there are 12 in existence. The 12th will be a selection from the other 11. (Just in case you're curious about my intentions in this regard...)

Abnormal Service has been Resumed 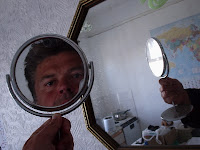 I have just resumed the writing of my novel The Young Dictator. I wrote the first chapter in the summer of 2010 and now I've started chapter two. The first chapter, 'Jenny Khan', tells the story of what happens when a 12 year old girl becomes the absolute ruler of Britain; the second chapter, 'Genghis Kan't', will chart her progress into outer space as she attempts to conquer the galaxy... The subsequent chapters will get wilder and more improbable as they go along. There will be six chapters in total. It's going to be a satire against power, but an irresponsible one.

Irresponsibility gets a bad press. An irresponsible action can be just as much a gesture of defiance against authority as any rational and controlled opposition. Furthermore, too many satires are moral and that's why I intend to make mine an amoral one. I also want to attempt the sort of thing Roald Dahl was a master at: entertaining fiction for young people that has not only a disturbing undercurrent but authentic ambiguity in its apparent 'messages'. There are too many wise people, sages and gurus with the 'answers' to life. There are no answers to life. Why the hell should there be? 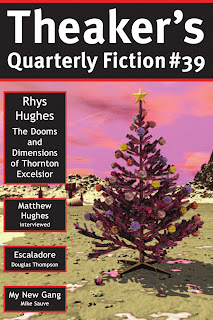 As promised back in October, here's another medley of stories featuring my character Thornton Excelsior, who is a sort of galactic whirpool of absurdist whimsy, but the sort of whirpool that blows as well as sucks...

'The Dooms and Dimensions of Thornton Excelsior' is a fix-up novelette that includes the discovery of the lost arms of the Venus de Milo and the consequences thereof; the startling occasion when Thornton realised he was God; the unhappy time he turned himself into a windmill; his exploits as an official censor with control over the substance of Reality itself; his experiences as a multi-jointed citizen of the Duchy of Klipklop...

To download this novelette for free, please click on this link: Theaker's Quarterly Fiction #39. Hope you enjoy! 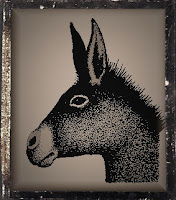 Happy New Year folks! And what better way to celebrate the start of 2012 than with the official launch of THE PLATINUM ASS, a blogsite that will eventually collect all my online stories into a single location? Well, I'm sure there are trillions of better ways, but hey...

I intend to post exactly 100 of my stories on this site: at the moment 10 are available. We live in an age where creative people are increasingly compelled to provide free samples of their work and few of us can afford to exempt ourselves from this trend. The stories to be found at THE PLATINUM ASS will range my entire career; most are uncollected and were previously published in obscure small-press magazines but occasionally I'll include something from one of my books. I hope you enjoy!

Incidentally, the name THE PLATINUM ASS was inspired by the brilliant novel, The Golden Ass, written by Lucius Apuleius, one of the greatest proto-absurdist fantasy writers of Classical times...