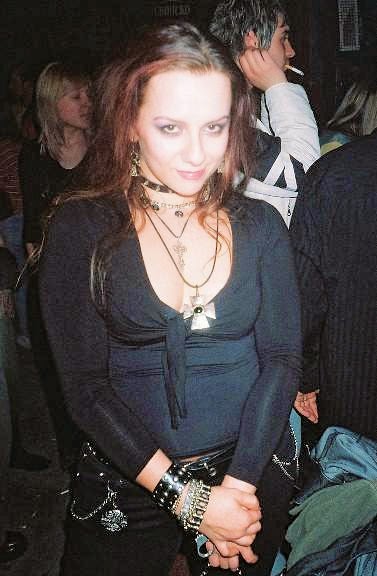 I have a scientific and engineering background and yet I believe in non-specified energies. Some places and people seem to be focal points for these energies, which may or may not be real physical forces. But even if they are purely psychological, projections of my own mood, they are still real. That's all that matters to me. Another word for these energies is 'magic'.

There is a lady who lives in Skopje who brims with magic. Like the reflection of golden sunlight on the still waters of a deep lake, she radiates beauty, power and serenity. Her personality sparkles. She is warm, generous, sweet, mischievous, kind, exciting, intelligent, talented, magnificent. 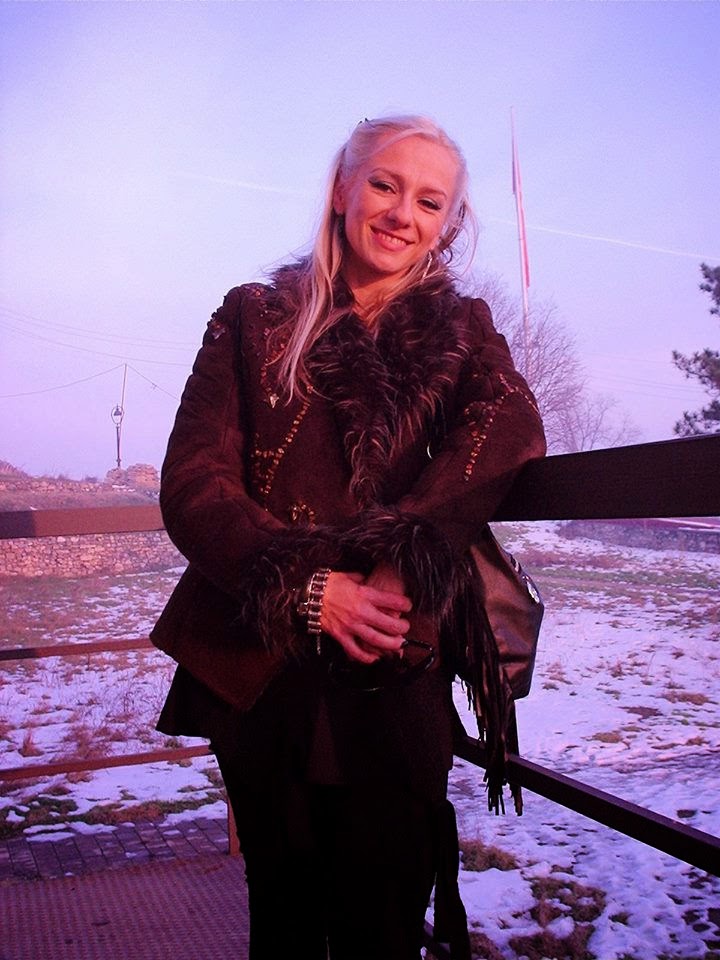 It's a terrible thing to confess, but I am not in awe of many people in this world. I have met few people who have made me feel that I ought to be a lot more humble than I am. But they do exist and Brankica is one of them, the best and brightest.

Spending time with her in Macedonia was an experience that had an unexpected and profound effect on me. I will tell anyone who listens what a lovely lady she is, but she is much more than that. Her heart and soul are so big that they encompassed me the moment I approached her and in fact they encompass the world. Her compassion is truly moving.

And yet it is her strength that is most impressive to me. Her character is heroic and yet undemonstrative. I might have felt feeble and inadequate in her presence, but she inspired me, enthused me, left me convinced that here was the perfect exemplar of an indomitable human spirit. 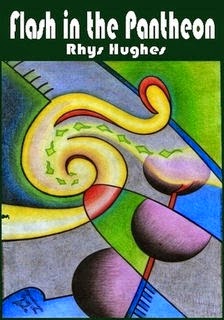 We disagreed on how long we have known each other. I thought it was no more than eight years, but she insists it is more than ten. The two photos on this blog entry show her as she was in 2007 and how she is now.

She also creates delightful art and she designed the cover for my collection of flash fiction Flash in the Pantheon, and I will be using her art to create the cover of my next book, Thirty Tributes to Calvino, which will be dedicated to her. 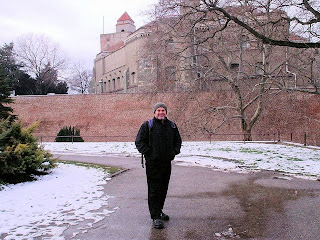 I have just returned from an inspiring trip to Serbia and Macedonia. It was more than inspiring, it was possibly life-changing. More of that in due course... I flew from Luton Airport to Belgrade to meet Amira, who was there for the Eastern Orthodox Christmas (which is later than ours). She gave me a tour of the city. A remarkable place, a city that is clearly at the focal point of some kind of magic. Hard to define it more clearly than that. We went dancing in the evening. It's a party city. 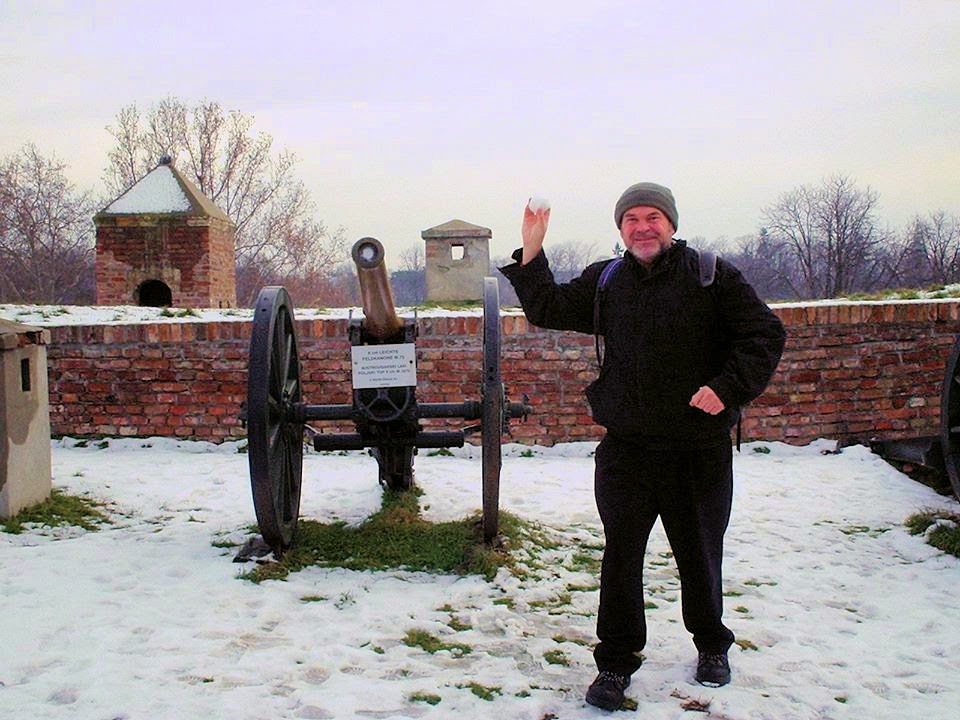 I walked around on my own too, wandering at random, chancing upon some bombed buildings from the 1999 war. It is a curious irony that if my country hadn't gone to war with her country, I would never have met her. After only a couple of days I caught the night train to Skopje, a ten hour journey through a landscape of snow and ice. I shared a sleeper compartment with an affable Greek named Panos who shared his bottle of spirits and told me anecdotes about his life. 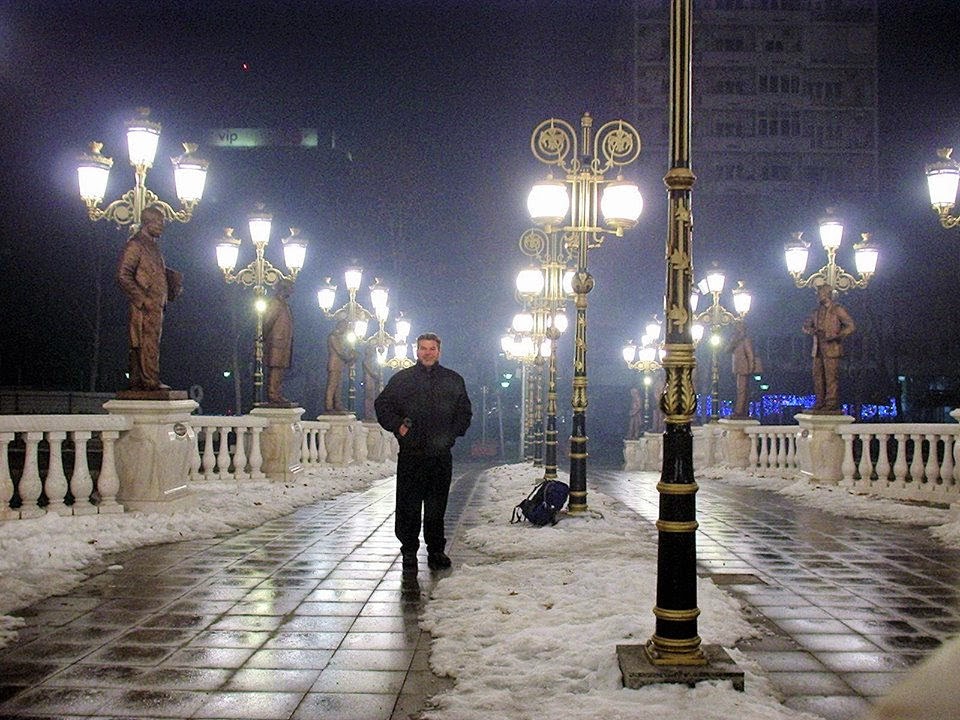 It had been cold in Belgrade but Macedonia was colder. Minus 10 centigrade at night. I got off the train at 5 AM and wandered an almost deserted city that resembled something from a surreal film set. Statues, hundreds of them, of all sizes, confronted me everywhere I went. Such grandiose monuments, all seemingly piled on top of each other! I found a wonderful hostel, one of the best I have ever stayed in (and it really was so good that I feel I have to recommend it here in public). Then I went off to meet Brankica at the designated rendezvous point. 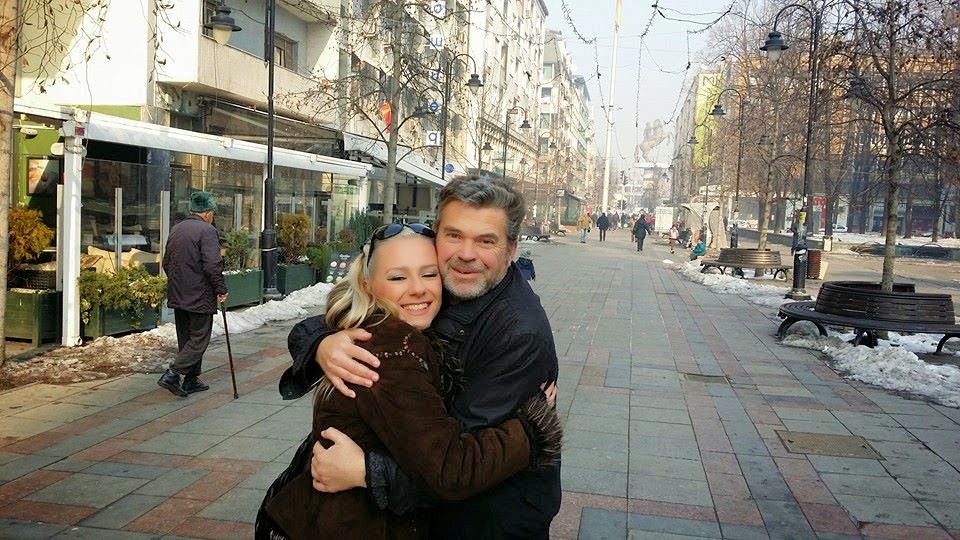 What can I say about her? My next blog post will just be about her. She is absolutely one of the most remarkable people I have ever had the privilege of knowing in this life of mine. She gave me a tour of the city and we went for a delicious meal in the old bazaar. I had only planned on staying in Skopje for one day before going south, but I couldn't tear myself away from this amazing place. Leaving was a wrench to the heart. Brankica drove me to Greece through a landscape of mountains and mist in the light of the early sun. We spent a day in Thessaloniki.

I flew home with the certainty that I would return soon. I have to return. I still feel that I am flying high over the clouds, the mountains, the sea...

Orpheus on the Underground 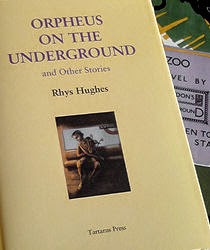 I am leaving for Serbia two days from now. That's the plan anyway. Plans can go wrong because of circumstances. I am keeping my fingers crossed.

In the meantime I am absolutely delighted to announce the publication of my new book! ORPHEUS ON THE UNDERGROUND from Tartarus Press is a collection of weird phantasmagorical stories that has been wonderfully illustrated by the genius artist Chris Harrendence and is dedicated to my lovely and magical muse, Amira Ana Smyth.

It exists right now and is available to be purchased from the publisher. And soon it will be available from other places... I am very pleased with this book. Tartarus Press have a superstition that authors shouldn't talk about their books until they are published, which is why I kept so quiet about this one. 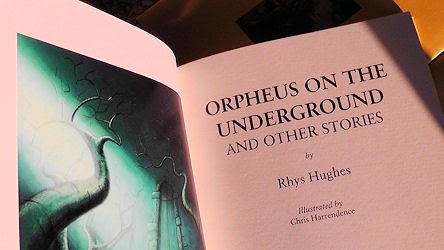 It has been more than twelve years since I was last published by Tartarus Press. They always create a truly impressive product, books that are beautiful art objects, and it is a privilege as well as a pleasure to be published by such a fine publishing house.

Here is part of the blurb that Tartarus have created for this book: 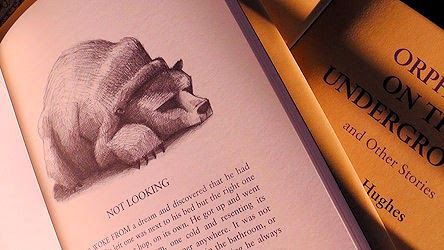 "Orpheus on the Underground is the new Rhys Hughes collection from Tartarus Press, containing fifteen previously unpublished stories and ‘The Concise Picaresque Adventures of the Wanderlust Bridge’, which first appeared in Strange Tales II, 2008. Ranging from the ghostly, through horror to the entirely fantastic, Hughes’ marvellously inventive tales steer the reader through the bizarre labyrinths of his unique talent for the strange... In the twenty years since the publication of his first short story collection (Worming the Harpy, Tartarus Press, 1995) Rhys Hughes has become an éminence grise of the strange tale. He wears his reputation lightly, and it is the sheer fun and individuality of the stories in Orpheus on the Underground that make them so memorable."