Two books of mine that have hitherto only been available in hardback and paperback are now finally also available in ebook editions.

Twenty years after it was written and nineteen years after it was published, my second ever book (which has been out of print for a decade and a half) is finally available as an ebook. EYELIDIAD tells the story of a highwayman who carries on his back a portrait of his younger self that happens to be alive, and the adventures they have together...

As for TALLEST STORIES I have always regarded it with special affection. Indeed I often say that it is my "best book". Whether this is true or not isn't really for me to judge, but certainly I can state that it represents me as a writer more fully than any other of my books, because it is a microcosm of everything I hope to achieve: a set of linked story-cycles that are controlled by various framing devices, each of which is controlled by a larger framing device.

I am delighted that these two books will now reach a wider audience. Tallest Stories exists as an ebook thanks to the generosity of David Rix of Eibonvale who allowed me to issue it as a joint venture between his company and mine. 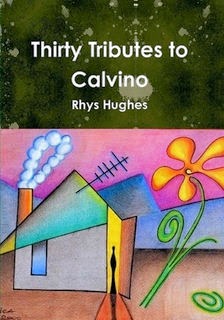 I am delighted to officially announce the publication of my book Thirty Tributes to Calvino, a collection of stories inspired and influenced by the great Italian author.

"Paradoxical and philosophical fables; impossible cartographies and labyrinths of the mind and heart; towers that stretch across the universe; men who set sail on domestic oceans; the opinions and hopes of the sun; sentient geometries; games with gravity and planets; metafiction and wordplay; recursion and exploration; the perplexities of logic and desire."

A couple of years ago I produced an ebook called Ten Tributes to Calvino. It was suggested to me that I expand the book and I agreed to do so. In fact, that ebook contains a few stories that aren't in this new book; but this new book is a more refined and (to my mind at least) satisfying "thank you" to my favourite writer.

The cover is by the divine Brankica Bozinovska and the book is dedicated to her... 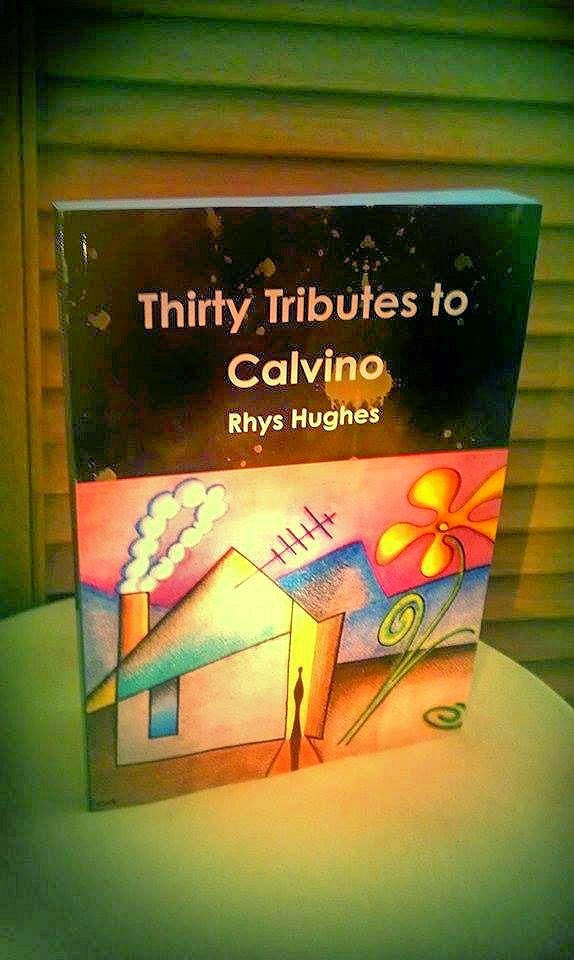 It is available from Amazon and elsewhere right now, in both paperback form and as an ebook. The paperback and ebook differ in one story, a tale called 'The Broom Cupboard of Crossed Destinies', a collaboration I wrote with D.F. Lewis back in 1996. It's a story that uses pictures of Tarot Cards as essential to an understanding of the text, and the challenge of formatting these images for an ebook proved too much for me. In the ebook edition I have replaced this tale with an alternative.

Talking about D.F. Lewis, that gentleman has just completed one of his 'real time' reviews of this collection and I am delighted to report that his final judgment is, "I assess that this book could well be this author’s greatest book. Well, my own jury is out, sitting in the February gloom of my garden, like a secret guild, beyond my earshot. The book certainly is highly representative of his best work as well as his rare worst. And as a tribute to Italo Calvino, fans of that writer will, I am sure, appreciate this book greatly. Yet, even here, Rhys Hughes stands distinct as the strangest and uniquest writer I know. And Calvino would not have had it any other way, I guess." 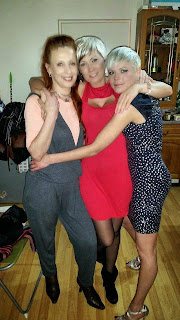 Over the weekend I went to two parties in two days. I don't actually go to parties very often, so this was a nice change for me.

The first was to celebrate the birthday of the amazing Kseniya Gomzjakova, a lady with a huge heart who is just a very lovely person. She made no fewer than 25 special dishes for her party. But I must remember that a party with Russians and Latvians will involve endless toasts of vodka! I drank an incredible amount that night, but the quality was so pure there was almost no hangover the following morning.

This photo shows Kseniya (on the right) with her friends Inga and Inese. As I have said in previous blog posts, Kseniya is an extremely fascinating person in so many ways. Her beauty is not just in her outer form (she is indeed extremely beautiful) but inside too, in her mind and soul. I dedicated the second edition of my Journeys Beyond Advice book to her. 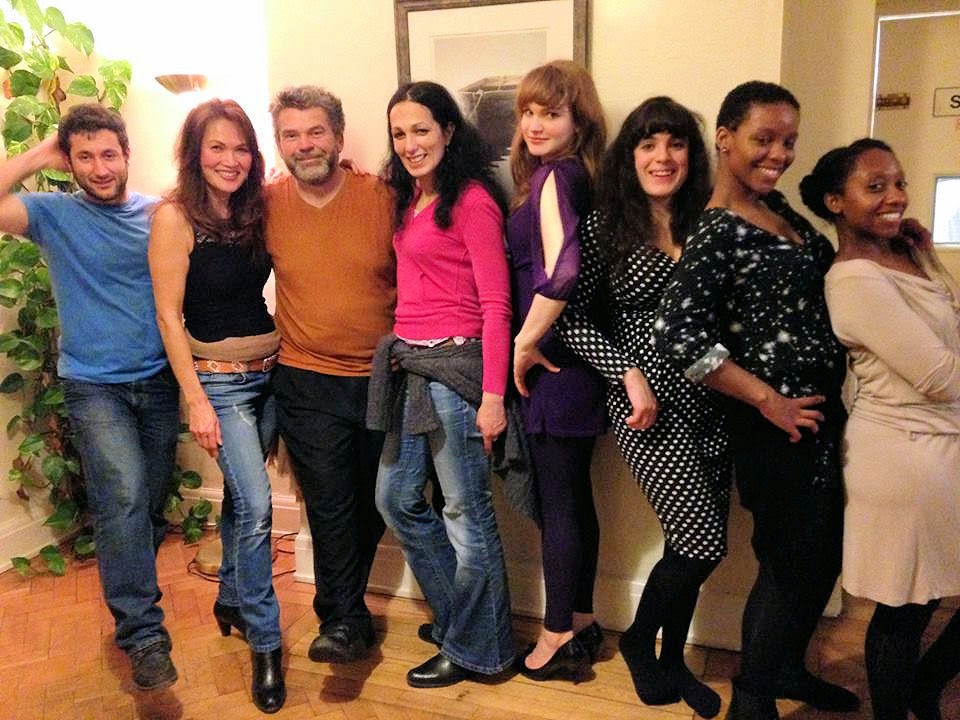 The following night I travelled to Tenby with Amira to stay with the awesome Tseng Lan Hui, a kind and generous lady who always inspires me with the strength of her character. She owns a guest house and it was a wonderful experience to have the opportunity of exploring Tenby at night. It is one of the most appealing towns in Wales.

As on the previous night, there was an astounding array of food available. After the food it was time for dancing! This photo shows just some of the people who were there. Most of them I know through salsa classes.

I am lucky to know special people in my life who always prevent me from being cynical about the human race. Lan is definitely one of these and I have dedicated my forthcoming book Mirrors in the Deluge to her. This blog post proves that even when writing about parties, food and dancing, I can still mention books somehow...

Dancing with my Muse 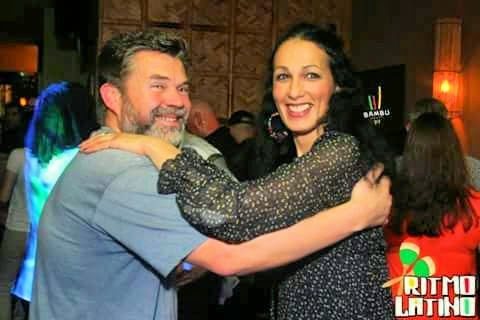 I have lots of writing news, but in the meantime it's important for anyone who considers themselves an author to spend time dancing with their muse. Here I am dancing with mine, the glorious Amira. She is as beautiful as always, but I look like something that lives in the forest. I can't help but think of Cocteau's La Belle et la Bête. Ah well! Even a yeti must have fun at times...

Valentine's Day is coming up soon, so I will take this opportunity to plug my Bottled Love Story novelette again. It's about a woman named Amira and her adventures in this world and in another; and candidly it's one of the best things I have ever written, if not the best. It only exists as a realbook because the formatting (of the pictures and typographical tricks) was too tricky to turn it into an ebook; but if you want a PDF of the text then let me know and I will email you one. 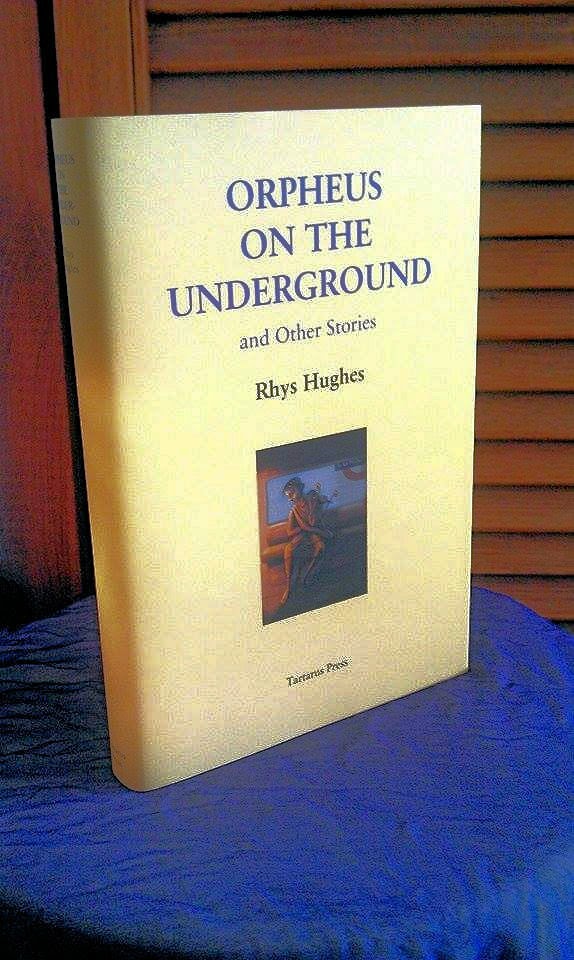 I have just updated my Aardvark Caesar blogsite, which contains information about all the books I have published so far. I have added Bone Idle in the Charnel House and Orpheus on the Underground and there is a surprise there too, something I am going to announce officially soon but not yet; so consider this to be an unofficial announcement...

Orpheus on the Underground is now available as an ebook as well as a beautiful deluxe print version.

I have also added another story to my Platinum Ass blogsite, where I hope to one day present exactly 100 of my stories online to be read for free. There are now 21 available. The story I have just added, 'The Mirror in the Looking Glass', is one of my most popular ever.

The year has got off to a very good start in many ways, including writing and publishing.