It was published seven years ago and has been out of print almost as long, but finally THE POSTMODERN MARINER is now available as an ebook. I have added a bonus story ('Eight Blathering Buccaneers') that wasn't in the original book. One of the other stories, the novella 'Rommel Cobra's Swimming Carnival', is one of the best things I've ever written, in my view...

The first story in this book, 'Castor on Troubled Waters', has been published far and wide. It appeared in the successful anthology of pirate stories FAST SHIPS, BLACK SAILS and has been released as an audio podcast on two different sites including PodCastle. And yet the book itself wasn't particularly successful.

So finally I am pleased that it now has the opportunity to reach a wider audience. It is available on the UK Amazon here and on the US Amazon here. I do need to point out, however, that the first third of this book is the same as the first third of my book THE TRUTH SPINNER, so if you have that other book you probably don't need to get this...

You Too Can be a Moon! 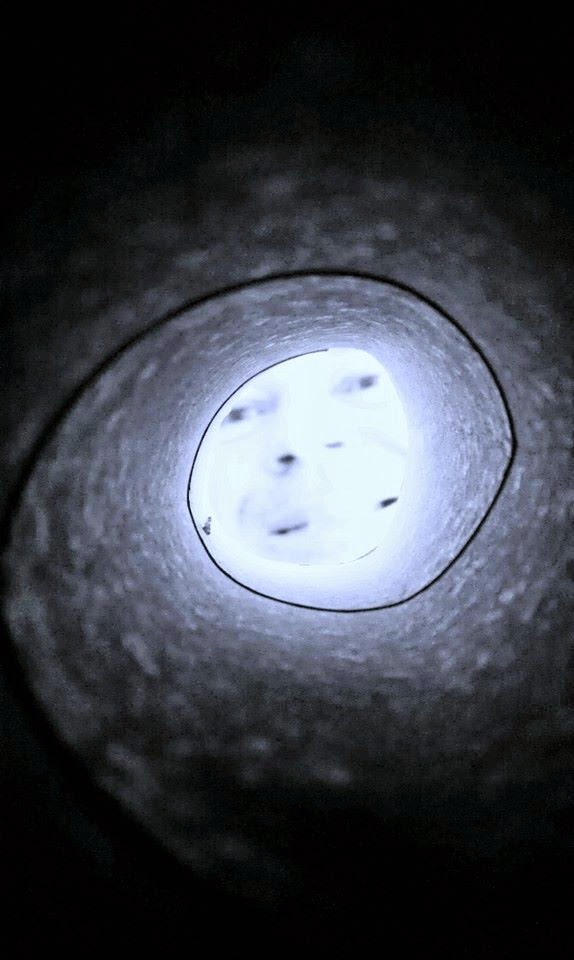 I read recently that you can turn yourself into a moon by taking your selfies through a cardboard tube, so I decided to give it a go. Here is the result. It reminds me of a certain ebook cover...

It seems that one of my ebooks published back in 2012 has recently been featured in The Guardian and elsewhere as an example of an ebook with a "bad cover". Personally I think the cover is just right for the stories in the collection, which are quirky, daft and absurd.

Young Tales from the Old Cosmos is a set of linked stories about sentient moons, planets, stars and galaxies. It was inspired by something Umberto Eco said in his essay 'How I Write' (from his collection On Literature) about how he once started writing a series of stories called 'Ancient Stories of the Young Universe' in which the planets of our solar system were living beings. Venus falls in love with the sun, for example, and throws herself into his embrace with tragic results.

They say that "all publicity is good publicity" and although I have never been convinced by this dictum it seems worthwhile to mention that my ebook is still available on Amazon and elsewhere and can be bought for the extremely reasonable sum of £0.99 in the UK and $1.47 in the USA.

My Name in Flowers 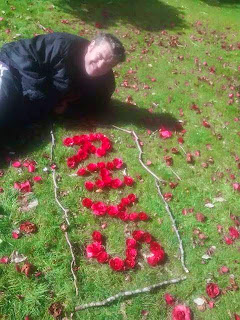 I decided to write my own name in camellias. Call this narcissistic if you like. And then rub your hands in glee and feel very pleased to the point of self love that you have outed a narcissist!

It does feel that spring is coming at long last! I desperately need sunlight to power my mind and body and enable me to make the changes I want to make in my life.

It has been an interesting week or so. An excellent cultural week including all night dancing (I was exhausted), cinema, Italian food, discovery of brilliant writers unknown to me (Rubén Darío) and more.

I am progressing with my scheme of turning most of my out of print books from years ago into readily available and low cost ebooks. The next one will probably be The Postmodern Mariner. Soon I will also resume work on my gigantic collection of stories that totals one million words. It is such a daunting task to face that I have been putting it off, but it can't be put off forever!

Mirrors in the Deluge 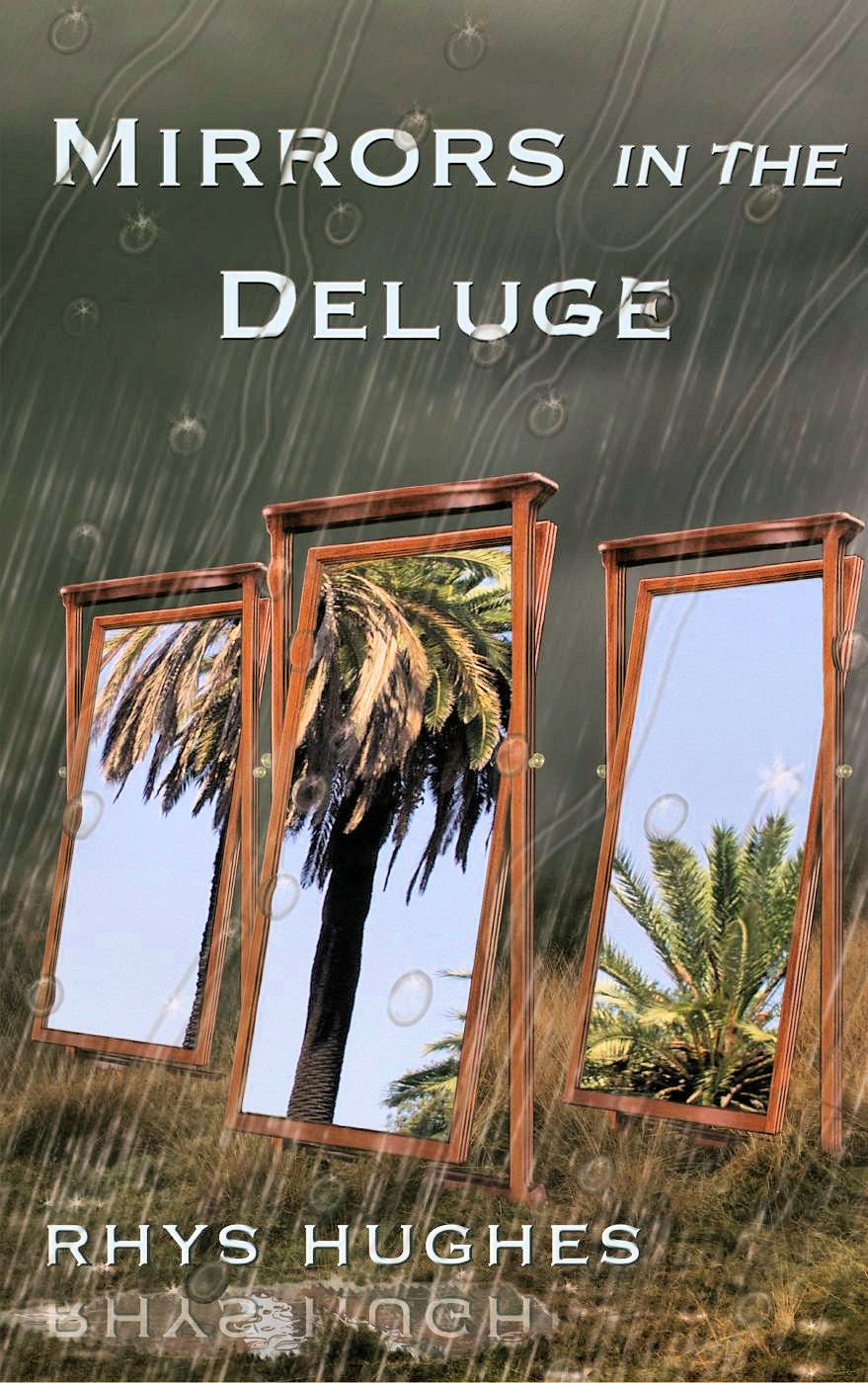 One isn't supposed to show blatant favoritism, but I can't help feeling especially proud of my new book. Publication of Mirrors in the Deluge is imminent and I am delighted. I am overjoyed to the point where I would urge any readers new to my work to choose this collection first; as a gateway to my work as a whole it is ideal. The stories are lighthearted, satirical but upbeat, wistful but fiery. At least I believe that they contain such contradictory elements within themselves.

The publisher is Elsewhen Press, who specialise in speculative fiction of many different kinds. They have already issued a number of extremely interesting books and I am privileged to be associated with them. They have treated me extremely well, with efficiency and care. In the writing world this is not always the case. I have nothing but admiration and respect for them.

So now that I have recommended both the book and the publisher, I can say that the ebook is available to be ordered right now. It can be found on the Amazon UK site here. It is also available on all other Amazon sites, on Kobo, Google Play, and elsewhere. The paperback will be published in June. The cover was designed by Alison Buck.