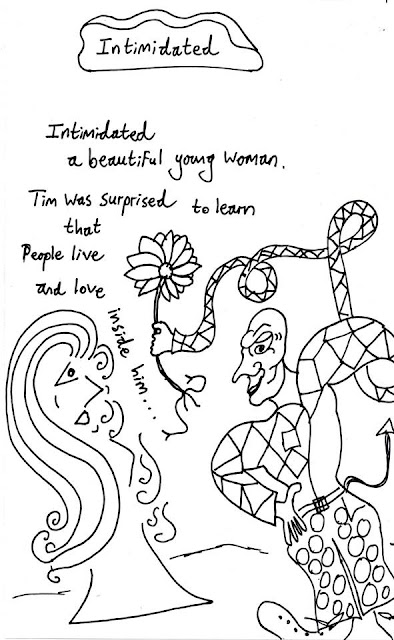 So much for turning my blog into a once-monthly update of the things I have been doing! It's near the end of April already and I have neglected it again. So what have I been up to? I have got back into exercise after an extended winter hibernation, which is good, but I guess that the point of this blog, if it actually has one, is to talk about my writing projects.

I was interviewed by Weird Fiction Review back in March. It's always a pleasure to work with this particular website. I have now been interviewed many times in many different places, and I'm aware that my answers to the standard questions are not evolving over time. They are pretty much the same as they have been for the past two decades. My favourite writers haven't really changed, my tastes and aspirations remain almost identical. What does this mean? That I should deliberately attempt to be 'different' in any subsequent interviews? But that would be false.

The Platinum Donkey blogsite that features stories of mine from the entire span of my career now has 31 stories on it. I eventually plan for there to be exactly one hundred stories on the site to be read for free. I changed the name of the site from The Platinum Ass (a nod to Apuleius) because people were expecting it to be something different from what it actually is. :-)

My next two books due to be published are Elusive Plato, a short novel I wrote twenty years ago, which is being reissued by Bizarro Pulp Press soon; and the updated, expanded and corrected Sangria in the Sangraal, which will hopefully appear courtesy of Eibonvale Press later in the year. I will blog more about these when appropriate.

In the meantime I leave you with a short poem, the only poem I wrote last year. I hardly ever write poems, but I will probably write one or two this year too.