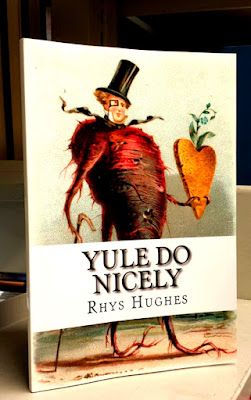 Christmas is coming, the goose is getting fat, please put a penny in the old man’s hat. Yes, but we first require more information about the goose, the penny and the hat. We can’t be too careful these days. How fat is the goose getting and what connection does it have with the old man? Is the goose getting so fat that it is likely to explode with disastrous results for the nation? How will paying the old man a penny prevent this outcome? The situation is unclear.

We are on more certain ground when it is explained that the following fictions have been assembled in their present form in order to celebrate the festive season. They include work from the span of the past quarter century. The first twenty-four tales form a weird advent calendar from December 1st to 24th. Then it is Christmas Day and time for the stocking and the twenty-eight little strange tales inside it. Merry Xmas!

This book is available as paperback and as an ebook from Amazon and elsewhere. It is priced very low. £2.99 for the print edition and 99p for the ebook. This is as it should be at this time of year...

I have added the title to the blog where I keep track of all my published books to date, where there is also information about the contents of each volume. This blog is called Aardvark Caesar and goes right back to my first published book, Worming the Harpy, more than twenty years ago. 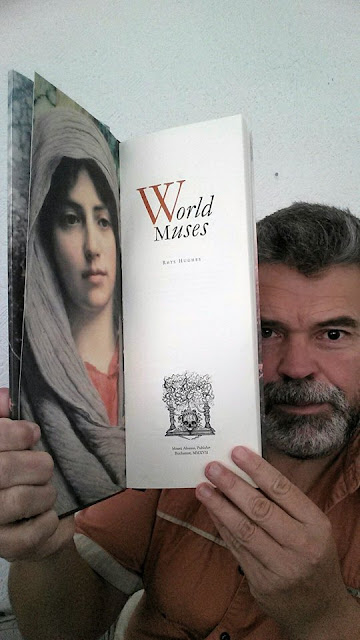 I am delighted to announce publication of my latest book, World Muses, a collection of linked fictions that are about inspirational women from eighty different countries and cultures. Although it might be described as a story collection, in fact I regard it as more akin to an unorthodox novel. Indeed I personally see it as similar to Italo Calvino's Invisible Cities, but with women instead of cities. And yet let's not misunderstand the purpose of my book. It is a celebration of diversity and difference rather than an array of libidinous exploits: each chapter (or story) generally features the woman as the victor, the active force, as well as the catalyst.

This book began, in fact, without any thought of writing the full-length work it has become. I merely wanted to write a few very short fictions ('palm of the hand stories' as Kawabata termed them) and so I wrote a short text inspired by a friend of mine who lives in Indonesia. This was followed by other short texts for other female friends. Soon I was ranging the world in my imagination and before long I was inventing characters as well as basing them on real people. I am delighted with the finished project, which the mighty Des Lewis is already subjecting to one of his real-time reviews. World Muses pleases me very much.

The book was accepted by Ex Occidente Press in Romania and they have produced a deluxe limited edition hardback that is one of the most beautifully produced volumes I have ever seen. There are only just over 100 copies available. Among the fictions there are some experimental texts that utilize unusual typographical layouts. These have been rendered perfectly in the hardback and for this I am very grateful to the publisher. It is surprising how often publishers seem incapable of handling experimental layouts properly. Ex Occidente are careful and considerate, among the finest publishers of luxury books currently working.

To make it available to a larger audience I have arranged for the production of a paperback version that is priced at very low cost. The ebook version is also extremely cheap. This is the way it should be. No paperback or ebook edition of a work can ever compare with a carefully designed and exquisitely manufactured hardback, of course, but not all of us have the funds to collect such tomes.