The Nostalgia That Never Was 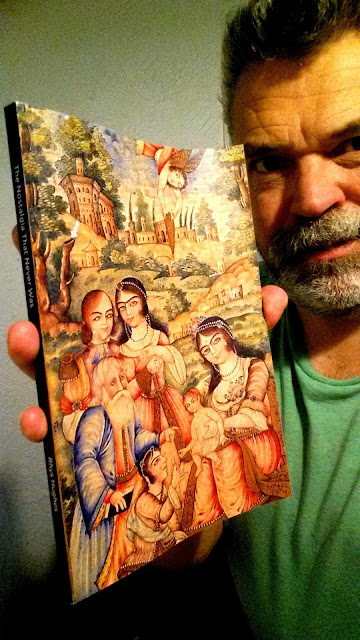 My first book of 2019 is also the very last project I completed last year. I started writing it without any idea that it was going to become a book. A short piece of flash fiction seemed to demand another along similar lines, and so on, until eventually there were so many that I had to give them cohesion and a frame. This is exactly the same way that my book World Muses was created. The frame is partly inspired by the one Italo Calvino invented for his Invisible Cities.

Whereas World Muses was like Invisible Cities but with women instead of cities, The Nostalgia That Never Was concerns ghosts instead of women. It is clear to me that there will probably be a third book to complete what will then be a triptych, and this third book will surely be about machines rather than ghosts. But there's no rush. Maybe that will be a project for next year.

In the meantime, The Nostalgia That Never Was is ready and is available on Amazon as a paperback and also as an ebook. I am very pleased with the way it has turned out. Sometimes a book turns out not only better than one had expected, but even better than one had hoped. This is such a book. When I wrote it I had no conception of how it might flow as an integral whole. But I think it has worked out very well indeed.

"Marco Polo is travelling again in the service of Kublai Khan but this time he wanders off the path and ends up in an unknown part of the world. In his solitude he becomes an emperor of dreams. The ghosts of prehistory visit him, and the phantoms of later ages and the future too. He even finds himself in the unexpected position of haunting himself. Only his very last spectral guest can know everything that is essential, and that last guest may well be you, the reader."