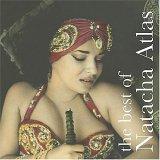 The glorious Natacha Atlas has finally released a 'Best Of' compilation album. This will almost certainly be my favourite album of 2005!

I have a new job, starting Monday. It's a boring administration post working in a warehouse but at least it will help to fuel my new travel fund which currently stands at:
£275

I'm getting excited thinking about my itinerary. Portugal will be my first stop in November because I'm planning to attend (and hopefully lecture at) the Forum Fantastico at the University of Lisbon. After that I'm not sure where I'll go. But I have five months to think about it and save as much money as possible!

A publisher in France wrote to me to say that a collection of stories I sent him has finally been translated into French. I had completely forgotten about this book! I submitted it to Terre de Brume more than two years ago and never had a reply, so I assumed they had lost interest. Seems they were working on the translation all this time. I can't actually remember what stories I included in the book. I know I gave it the overall title of 'The Jam of Hypnos' (what is that in French? 'La Confiture de Dormir'?). I'll try to obtain a contents list if I can because I'm quite curious about this now!

(The original English language version of that title story, 'The Jam of Hypnos', is due to be published any day now in a mammoth anthology called POE'S PROGENY.)

Tonight I'm going for caiprinhas and white russians with my friend Sarita at the house of Stuart and Monica. That won't mean much to most people who read this. Then we're going to a global dance night. Should be good!

I'm going to send the story to Mr Moorcock himself, just to see what he thinks about it!

Other writing news: I've just sold a science fiction novella called 'The Crystal Cosmos' to the French magazine FICTION (this is the French edition of F&SF). I'm pleased about this because I put a lot of work into this one story. I still find it strange that my work is often more acceptable to foreign publishers than British publishers. This isn't the first time I'll have a story published first in a foreign language. My novelette 'The Old House Under the Snow...' which made the cover of PS Publishing's POSTSCRIPTS #2 was originally published in Serbian. And I have other stuff due to be published in French and Portuguese before (or instead of) publication in English.

I've also just had a story published in a new Mike Ashley anthology, THE MAMMOTH BOOK OF NEW COMIC FANTASY. And I've been sent contracts and a cheque for two of my MERMAID VARIATIONS stories for a future edition of POSTSCRIPTS. That cheque totals £175 and is going to start a new travelling fund. Watch it grow (I hope!) here... I'm also supposed to be writing a piece on my views on Europe for an anthology of political essays. The deadline is fast approaching so I need to get cracking on that!

Life in the meantime rolls on, but whether like tumbleweed across a barren plateau or like a big juicy orange down the tanned thigh of a reclining beach goddess is difficult to say... I have become reconciled to some friends I fell out with last year. That's pretty good. I'm earning money scribing in exams: the money is not bad but the work is soooooo boring! The weather outside is changeable but never truly warm. My sweetpea has gone to visit the Taj Mahal. My orange Nepalese shirt shrank in the wash (I didn't read the washing instructions!). I went to a comedy club two days ago and decided that stand up comedy gigs aren't really my thing. I'm going salsa dancing tomorrow night, enjoying a psychedelic trance night on Friday and on Saturday my friend Carly is having her final degree show. Are these things good enough to comment on? Too late not to, I guess...