Q. What do you call a tour of a cracker factory that ends in disaster?
A. Cracker tour.
That's the only joke I've ever written and I wrote it in 2006 -- on May 13th to be exact. I doubt I'll be writing many more like that...

Age:
I turned 40 in September. I still find that hard to believe. In fact I'm tempted not to believe it. On my birthday I played beach cricket and was bowled out for a duck -- by the first ball of the first over!

Health:
2006 got off to a bad start. In January I went into hospital and had my first (and I hope last) operation. I picked up a bad infection somewhere (maybe in North Africa) and had to have it cut out. My right leg now bears two ugly scars. I was off my feet for a while but tried my best to recover as quickly as possible. Two months later I was jogging again, and in fact 2006 was the year when I completed the longest run of my life, 6 kilometres. Not a vast distance by the standards of an athlete, but a personal record I'm very pleased with.

Travel:
I travelled abroad four times -- thrice to Portugal and once to Ireland. All these trips were enjoyable. I went to the Dingle Peninsula with my new girlfriend, the furthest west I've ever been, but the endless rain dampened things somewhat. Camping was nice though, in my old and small leaky green tent. I also spent a night under the stars on the beach south of Viana do Castelo. That could have been amazing but it was a bit too chilly. I explored parts of Portugal I'd never been to before -- I took a small ferry across the Tagus, went up the Cristo Rei, entered the Torre de Belem, walked the battlements of the Castelo dos Mouros and stood in front of the Pena Palace...

Writing:
I finished three books, namely My Cholesterol Socks, Tallest Stories and The Less Lonely Planet. I wrote 37 stories, finishing the year by completing my 400th story. I am very pleased with the fiction I produced in 2006. I am also pleased with the sales that I made and the various publications I appeared in.

People:
I was sad when Sarita moved to London, but I grew closer to Stuart, Monica and Helena. I made some new friends, both here and abroad. I re-established my friendship with Lowri.

At the end of May I found romance, and although things went somewhat sour at the end, I had some great times that I'll always cherish, not least of which was playing frisbee on the beach for hours at a time! (It was my girlfriend who bowled me out for a duck in the cricket match!)

Publicity:
I began (at long last!) to be noticed in Wales.

I continued doing regular poetry readings and delivered what were probably my best performances, passing through the stages of Swansea's First Poetry Slam competition to reach the final, and then actually winning! In Portugal I did readings of short stories. I read a short story at the launch of my book At the Molehills of Madness. I also gave a talk to the creative writing students at Trinity College, Carmarthen that involved reading a short story.

I went on TV for the first time, not once but twice! I also gave my first radio interview, for BBC Radio 2.

Domestic:
I moved house, rented a place from a landlady who I now regard as one of the most pretentious people in existence. I will always be wary of those who work hard for grand causes (such as 'saving' Palestine) but are oblivious to the sufferings around them. This particular landlady is a middle aged, middle classed exploitative pseudopod of the most loathsome kind. A fit subject for a future satirical short story!

Reading:
I read 30 books including 7 Jack Vance novels. Very good they were too. 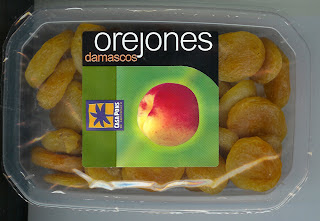 I guess that soon I'll post my 'Review of the Year'...

I don't have to do this, but I want to, strangely enough. I didn't feel the need last year, or the year before: and this reminds me that I've had this blog now for two years. TWO YEARS! That's 5% of my entire lifespan. Gasps, etc.

I don't much care for Christmas but it hasn't been so awful this year. I've managed to largely ignore it, and more to the point it has somehow managed to ignore me. That's a mutual accommodation I can live with. But last night I went to the Uplands Tavern for a seasonal drink. I went with Stuart and we met up with Neil and Kate in festive mood, and Lowri and Rhiannon, and some other guys who I didn't know and still don't. The featured band were awful but it was nice just to be with friends, slightly tipsy, wrapped in scarves against the cold. Lots of fog lately. Huw's cat's claws ripped Stuart's jeans. I am working on my 400th short story. I've finally discovered YouTube and have been immersing myself in some great music videos. Here are my ten favourites so far: 1, 2, 3, 4, 5, 6, 7, 8, 9, 10.

Pedro Marques introduced me to YouTube by making a sort of film about my visit to Lisbon in November 2005 and posting it... here.

The Greek edition of my Infamy book is shaping up nicely. It differs from the English and Portuguese versions. It is a customised book, with some stories removed and replaced by pieces more suitable for a Greek readership (i.e. stories set in Greece). The idea of customising foreign editions of my books appeals greatly and is certainly the course of action I'll follow from now on. Three of the stories in this book will see their first publication not in English but in Greek. The contents list runs as follows:

* An introduction for the Greek edition
* A note from the translator

AND SO FORTH...
* City of Blinks
* The Landscape Player
* The Spanish Cyclops
* The Unsubtle Cages
* Celia the Impaler
* Of Exactitude in Theology 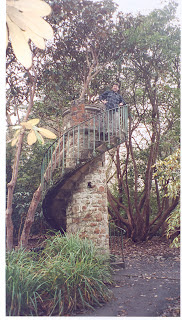 On the evidence of this photo, I have a new job -- as a gargoyle!

This week has been an improvement on last week, but things are still not too good. Hopefully they will continue to improve until I can say that things (in the following order) are: not so bad, much better, very good, great!

I finished my 'Hemisemidemiurge' story last night and I'm pleased about that. It's an immensely complex piece, both in subject matter and form. Bragging is not a civilised way of behaving but I honestly believe that no other author in Wales could write such a story. The range of obscure knowledge, the originality of the central ideas, the manipulation of paradox: these essentials put the text beyond the standard Welsh aesthetic. I'm not saying the piece is good, merely that its creation required a worldview more in keeping with certain mainland European and/or South American writers. (I do happen to think it's excellent, however!)

Last night I went to see a Satori gig at the Uplands Tavern. The support act consisted of a couple of gentlemen who played avant-garde soundscapes, reminding me a little of the late 70s chamber-jazz trio, Azimuth. It was nice just to go out and listen to some live music. I can't wait to start gigging myself next year with the extremely talented duo of Stuart Ross and Monica Konggaard. Mr Ross has been writing nice melodies for my Sereia project and now it's just a case of keeping our fingers crossed that the British Council will see fit to provide funds to take us to Porto and Lisbon!

Slap on the Wrist...

I've been criticised in certain quarters for my criticism of Swansea. Maybe I should clarify my position somewhat. I intend to leave Swansea in six months if my situation here doesn't dramatically improve. That's closer to the truth. The improving of my situation relies entirely on my own efforts. I need to upgrade my life in the same way I've recently upgraded my blog. What it boils down to essentially is: money. So finding a half-decent job is an essential first step.

It's been a very hard week. I am currently in a situation not radically dissimilar to the narrator in Knut Hamsun's novel Hunger, apart from the actual hunger bit. I need a new place to live, and until I find one, my few remaining possessions must remain distributed among my friends. To these friends I extend my gratitude: Jo, Stuart, Monica, Jessica, Huw and Manuela.

On the writing front, things are rather sluggish. I'm working on a new Borges-inspired story for the customised Greek edition of my Infamy book. This story is called 'The Hemisemidemiurge' and is a sequel to Borges' acclaimed 'Pierre Menard, Author of the Quixote'. Possibly one of the most audacious pieces of short fiction I've ever attempted! Riffing off Borges' lesser work is one thing, but extrapolating from his masterpieces is quite another! We'll see how my story turns out in a week or two...

I'm also starting work on a project that involves taking the Sereia de Curitiba show on the road. The idea is to put together a performance utilising the spoken word, displayed pictures and live music. Rhian Edwards has agreed to take part, and hopefully there will be gigs in London, Porto and Lisbon, maybe elsewhere too, depending (of course) on funding. Livros de Areia are approaching the British Council early next year to apply for money. Money, money, money. If it's too tight to mention (as the song claims) why does it always appear in conversation???

Another project I'm planning consists of a sponsored bicycle ride between two Iberian cities. I'll say more when the time is right. Time, time, time. Why is there always too much of it or never enough?