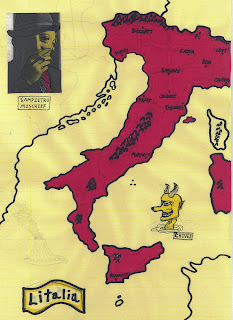 I have just started writing the second 'Sampietro Mischief' story. The completed cycle will be a series of tales concerning a renowned "Absurdity Investigator" who lives in an imaginary land called Litalia (or Literary Italy or Lit-It) where all the cities are not just named after great Italian authors but also take on certain aspects of those authors' works. Here's a map of Litalia I drew earlier this morning.

Sampietro Mischief, together with his pet monster, Chives, is based in Buzzati and that's where his first adventure ('The Astral Disruptor') took place. Now I'm taking him to Calvino, where he must face an army of Marco Polo robots who are intent on stripping away the city layer by layer, changing its character by sequentially exposing a single aspect and thus altering the lives of its citizens until Sampietro Mischief stops them. If he does stop them. I reckon there will be eight stories in the entire cycle and if I write one every year the project should be finished by 2017. And then I'll make a little book out of them, probably called The Mischief Maker or something similar. 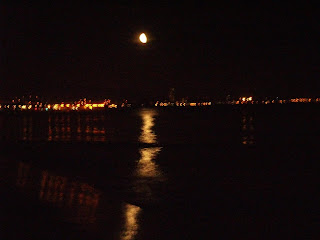 In 2007 I started writing stories about a character called Arturo Risas, the self-styled Duque de Costillas y Cosquillas. I was working on a farm in the Sierra de Guadarrama at the time and winter was drawing on. It was bitterly cold in the wooden cabin where I lived; and I huddled over a tiny heater while penning the tales, taking frequent breaks to do a typical comedy shiver: hugging my own arms and rubbing them with a vocal, "Brrrrr!!!" I wasn't planning to do much with these little tales. They were just a divertissement to pass the dull evenings. But somehow they became the opening chapters of a novel called The Pilgrim's Regress. I added more chapters: the thing became intricate and extremely metafictional. I knew I had a monster of unsaleable humour on my hands. But then, midway through 2008, I ran out of steam and abandoned the project... 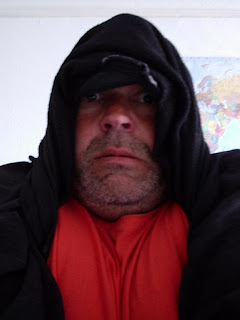 That's not an uncommon habit with me. But I always console myself with the knowledge that I'm able to return to any half-finished work at any time and take up again exactly where I left off. I always planned to return to The Pilgrim's Regress after only a brief pause, but as that "brief pause" grew longer and longer, I began to fear that all the little complexities of the numerous subplots, the intricacies of the connections between events, ideas and conceits would be lost to my memory. I knew I had piles of notes in boxes, but my notes are often just mnemonics that quickly become baffling if not acted on rapidly.

So it was with some trepidation that I recently launched myself back into this novel. And to my relief, it all came back; or rather, much of it came back, and what didn't can be easily replaced with new (and perhaps better) things. I don't intend abandoning poor Don Cosquillas again; this time I plan to follow the pilgrim all the way to his ultimate regression!

Note: The photos that accompany this blog post are: (a) the moonbeam that Don Cosquillas accidentally wandered up, mistaking it for a road, (b) the hero of the novel in pilgrim garb badly impersonated by the author. 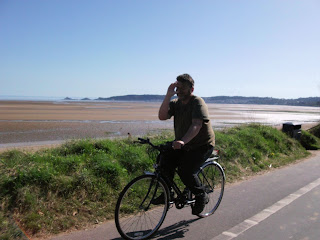 I have just finished writing my latest novel, Captains Outrageous. I typed the final word this morning. Naturally I am overjoyed with the result (if I wasn't, I'd work on it until I was; for better or worse) and it's always a sweet relief to successfully complete such a 'big' project. Not that short stories aren't also a delight to write; but the investment of time, energy and soul involved in composing a novel is so much greater that the difference is qualitative as well as quantitative. Now begins the even harder task of finding a publisher for it!

Captains Outrageous is a fantasy that begins in a sober manner and progressively gets wilder and stranger. The novel is told in three interlinked parts of equal length, respectively devoted to the exploits of Scipio, Distanto and Neary Faraway, the 'Fantastical Faraway Triplets'. There are many assorted villains in the book; but the one who simply refused to be removed from the plot is a fellow by the name of Jason Rolfe, based on a real person. I threw all sorts of perils at him; he survived everything. Some characters really do take on a life of their own. Mr Rolfe is an assassin mounted on a pulsejet-powered bicycle that is moving so fast he can never dismount. Condemned to live permanently in the saddle, he still manages to prosecute his dastardly schemes. Which reminds me: cycling weather has returned to Wales! Here I am, thumbing my nose at everyday worries such as tax and national insurance. 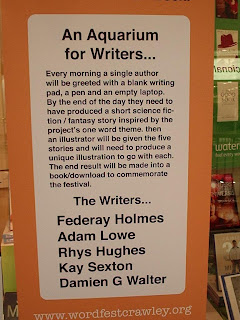 I'm back from the Crawley WordFest now; thoroughly enjoyable it was too. First of all, let me publicly thank the organisers for their hospitality. They were just so very nice. The exact opposite of the inept and pompous organisers of the Odyssey 2010 convention I attended this time last year... Special thanks to Jo Harrison and Alex Harrison for putting me up; and also to Jamie Harrison and Sarah Maple. Based on that representative sample, 75% of people in Crawley seem to have "Harrison" as a surname. Weird, huh? I wonder if the excellent writer M. John Harrison comes from Crawley? Let me check. No, he doesn't. I tell you who was from here, though: Simon Jeffes, founder of the illustrious Penguin Cafe Orchestra. This fact adjusts the quoted percentage above, reducing it to 60%. That's still a heck of a lot of Harrisons for a town with a population of 101,300... I asked a random pedestrian if he knew exactly where in the town Simon Jeffes was born, so I could go there on a minor musical pilgrimage, and he replied, "Out of a woman." 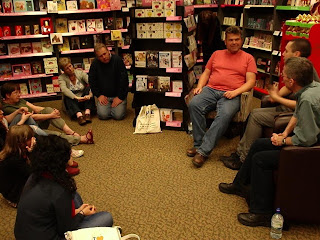 Anyway, I arrived on Sunday morning. First I sat on a panel devoted to the subject "satire" and then I read from a Hemingway parody I wrote a couple of years ago, 'The Sun Trap', which hasn't been properly published yet but does form part of my Just Not So Stories book that is currently being considered by a publisher down under (I least I think they are based down under; by which I mean Australia, not Hell)... It was great to meet Adam Lowe at last, the fellow who runs Dog Horn Press and who republished my Mister Gum novel recently. Also sitting on the panel was the writer Robert Dickinson, who did a reading from his latest novel, The Noise of Strangers, a dystopian SF story set in a futuristic Brighton. This photo shows us blabbing to a small but attentive audience. 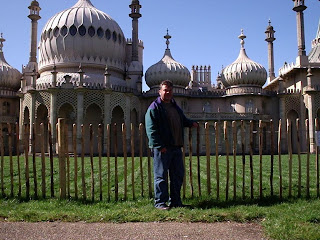 Talking about Brighton, on Monday I treated myself to a trip there, the first time I have ever visited it, or so I thought... When I arrived, the place looked familiar; I don't mean the famous sights, the beach and two piers, etc, but some of the less obvious features, an old stone aqueduct, an oddly designed house, even the angles at which certain alleyways intersect bigger streets. I now believe that I probably went there when I was small... One of the reasons I travelled to Brighton this time is because Adele lived there for many years and I wanted to see this place that she keeps raving about. I was inevitably impressed by the Royal Pavilion, an architectural confection that is surely the product of an eastern hashish dream. I wish all buildings in Britain looked like this. I wish that all prose looked like this, if you see what I mean... I got back to Crawley just in time to attend an event that was marketed as a "book swap" but was in fact far more interesting than that, involving not only the swapping of books but a question and answer session with a panel of writers (including MD Lachlan, with whom I disagree on most things, but who is always erudite and entertaining) and lots and lots and lots of free cake. 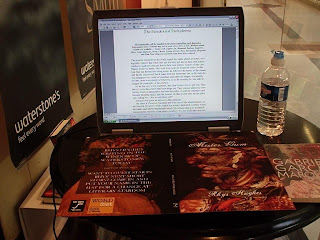 Tuesday was the day I was scheduled to sit in the window of Waterstone's and write a story based around a keyword. So that's what I did. The keyword had already been leaked to me two days earlier but that didn't help much. I just went with the flow and ended up writing a very loose and open (i.e. disjointed) story that could probably benefit from some tidying up; and yet I'm pleased with some of the prose that went into it. And certainly it is representative of my style. 'The Paradoxical Pachyderms' is the title of the piece and I think it will be available as a PDF download soon, and maybe also it will form a segment of a chapbook that will include the stories produced by the other window writers (see top photo for a list of names). When I finished, I took this photo of my working space. One random member of the public poked his head inside and said, "You've been here for hours. I want a turn now!" and then he ranted a strange freeform poem at me before turning on his heel and stalking away. Only one weirdo in an entire day is pretty good going, I think.

After my session I had planned to catch Wilbur Smith giving a reading in the local library, but I would have missed my bus back to Wales had I gone to see him. Apparently his event was a great success. To sum up, the organisers deserve a massive pat on their collective backs for pioneering a new festival (no easy task at the best of times) that will hopefully go from strength to strength in the future!