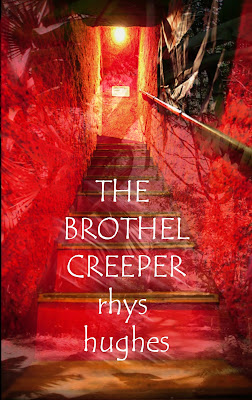 The ebook edition of my collection of darkly speculative stories The Brothel Creeper is now be available, four years after the print edition was issued. It can be found on Amazon here.

The original contents list included a story entitled 'Casimir the Converter', an unusual tropical vampire tale. This story is now included in my recent collection from Hippocampus Press, Bone Idle in the Charnel House.

I have therefore removed that particular story from this ebook edition and replaced it with a story that was featured as a bonus in the limited edition hardback edition. This story is 'Cracking Nuts with Jan Hammer'.

I am extremely proud of some of the stories to be found in this book. In particular, 'The Cuckoos of Bliss', 'One's a Crowd', 'Southbound Satin' and many others, especially the final story, 'The Quims of Itapetinga'.

This is a collection of twenty speculative dark fantasy stories that received some tremendous reviews when it was first published. For instance, this one.

The title of this book refers to three linked stories inside the collection, namely 'One Man's Meat'. 'Mah Jong Breath' and 'The Small Miracle', all of them part of the same story-cycle. 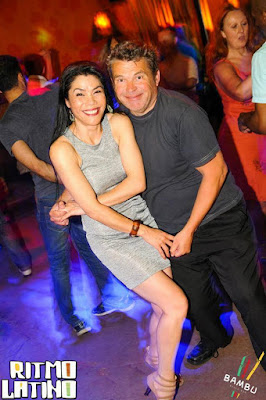 Just a very brief blog post to mention the fact that my love of salsa (and related styles such as rueda) shows no signs of abating.

There's a saying -- that I just invented -- which goes "don't put all your salsa ladies into one basket." This will only make sense to someone who knows what a 'basket turn' is. It's the turn that is here being demonstrated with the magnificent Tseng Lan Hui.

I am wondering if the heyday of the blog is coming to an end? People seem to interact with each other using social media much more than through blogs, although links to blogs are often posted on Facebook and other such sites.

Here is a new review of my most recent book that has just appeared in Starburst magazine. This year my writing output has dropped again but it doesn't really bother me. Literary activity goes in waves. The final wave will be to wave farewell but I'm not there yet...

I am in the process of putting together two new collections that will hopefully appear next year. And I really really really need to get back to some half-completed longer projects that have been hanging around far too long. 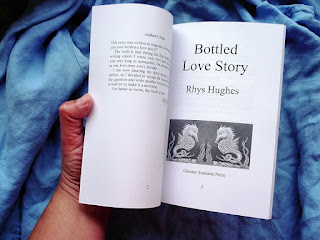 I just sent a PDF file of (what I personally regard as) one of my best stories to a reader. BOTTLED LOVE STORY is a novella I wrote last year. If anyone else wants a PDF of this book please let me know. A donation of one euro is suggested but is by no means mandatory! I will send you the document anyway.

"Love can't be bottled but it might arrive in a bottle... Love is a game like chess but with smiles, winks, laughs and kisses for pieces... Love is a problem. Is there a solution? Join the woman who has no need for romance and the sailor from another age as they simultaneously attempt to accept and avoid the designs of destiny." 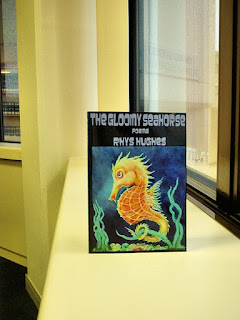 In the same spirit, my one and only poetry collection THE GLOOMY SEAHORSE is available as a PDF for anyone who wants it. A donation of one euro for this book is also suggested. It was published early last year. Just ask if you want one. I don't write poetry very often these days but I did when I was younger and most of the poems in this book are more than 20 years old.

"A book of poetry by Rhys Hughes with more than seventy poems selected from the past twenty years of his writing career and divided into four approximate categories: absurdism, mystical, science fiction and lovey-dovey, followed by an afterword."

Or make a donation using the Paypal button below: