I have finished The Coandă Effect at last! One month it took me from beginning to end. It's a Corto Maltese adventure featuring physics, ghosts, pirates, bandits, submarines, bicycles, hats, icebergs, vermouth, the Second Balkans War of 1913, duels, cobwebs and a Finnish villain so dastardly that even I am shocked by his antics! This novella turned out to be slightly longer than I originally anticipated, 24,000 words in total. I'll correct it tomorrow (there are always mistakes) and send it to my publisher on Friday.

Here's a short film Adele made of her artworks with background music by underrated prog-rockers, Camel. 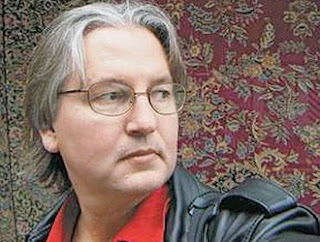 Last Friday it was my birthday. I climbed to Mumbles lighthouse for the first time in my life. Also I was unexpectedly asked to interview the great SF author Bruce Sterling for the Italian national newspaper, La Stampa. The deadline was very tight but I did it in time! The interview has just gone online here. The English version should hopefully be available soon. I was delighted with Bruce Sterling's answers: he's an enormously clever but utterly unpretentious man and the messages embedded in his brilliant writing are genuinely important. 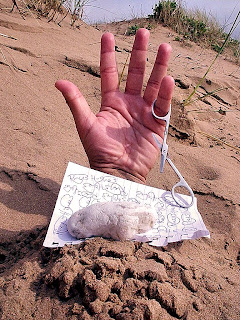 Today I found a fossilised stone! I'm fairly sure it dates from the Silurian Period (between 440 and 395 million years ago). I have used inductive reasoning to reconstruct its final moments. It appears that a prehistoric scissors became snagged in the finger branches of a hand tree; its cries attracted the stone, which then got stuck in the sand; the struggles of the stone attracted a predatory piece of paper, which trapped itself under the stone. All three perished together. The scissors and paper in this photograph are models (the originals decayed before petrification was possible) but the stone is genuine. Fossilised stones are incredibly rare! Note that the paper is covered with practice attempts at perfecting my new signature: this only deepens the mystery! 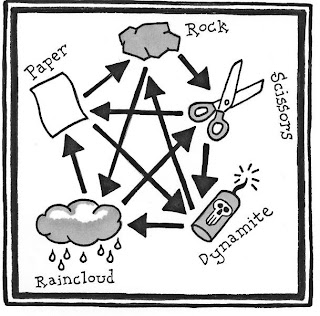 It's a well-known fact that scissors, stones and pieces of paper form a self-contained food chain. But a system of this nature with only three elements is inherently unstable. So here's an improved set-up, also entirely self-contained, that features five elements. Biodiversity is of vital importance! This schematic, incidentally, was drawn by a fellow named Anthony Lewis: he acts in this film as a bald jazz-singer. The two extra elements are: Dynamite and Raincloud. As can be seen, the Rock blunts the Scissors but it also smashes the Raincloud; the Scissors cuts Paper but it also severs the fuse of the stick of Dynamite; the Dynamite blows the Rock to pieces but it also disperses the Raincloud with shockwaves; the Raincloud rusts the Scissors but it also makes the Paper soggy; and the Paper still smothers the Rock but now it also becomes a letter of complaint to the authorities about the owner of the Dynamite, who is subsequently arrested.

For more silliness about stones check out my Postmodern Mariner blog...

A Defence of Puns


Wordplay. For a long time I have been amused by the British distrust of it. But even though I say 'British' it would be more accurate to specify 'English', as the Celtic Nations don't share the same attitude. English readers and critics... Ah! They seem to regard wordplay with a soul-wrenching horror. The use of homonyms, mondegreens, pataphors, lipograms, palindromes and even alliteration can reduce them to quivering lumps of unhappy protoplasm. And as for puns... perish the thought! 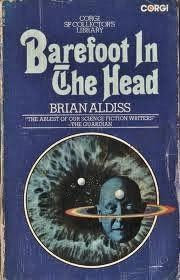 However, the English are experts at putting on a brave face. They certainly aren't softies and they know how to convincingly disguise fear as exasperation. When they encounter a pun in a text, they don't hide behind the sofa but grit their teeth, roll their eyes and utter one of three following words, almost as a protective formula: "Groan!", "Ouch!", "Argh!" Once the final echoes of the chosen utterance have faded, they enter a period of refusing to take the remainder of the text seriously. No matter how profound the themes, how original the style, the text has become a bitter thing in their eyes, an ordeal, a slough of despond. For the English reader, the pun is an unforgivable solecism. 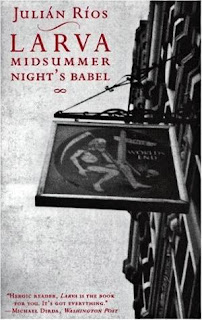 I am an author who enjoys wordplay and therefore I frequently encounter this attitude among English reviewers and critics. My own view is that wordgames are a bonus to the major elements of a work of fiction, the sidedish or pickle to the main feast, so to speak, and should not be confused with the main course. Surely it is generous of a writer to provide this bonus rather than simply presenting a plain ungarnished meal? It's rarely perceived that way. The English critic will seize instantly on the sidedish and examine it almost exclusively, insisting that it somehow stands for the true feast. This is bizarre. 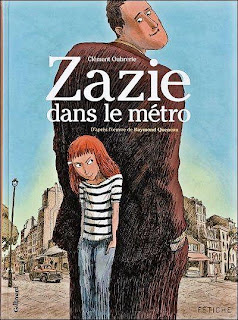 I once ended a story with the sentence, "It was a killer peruke from Wigan." A silly, throwaway line. The story in question was one in which I had reversed all the conventions of orthodox ghost tales: the main point was to experiment and subvert the form with a playful application of logic. I added that final line as an afterthought, as a wink or gherkin. One reviewer insisted on using it as conclusive proof that jokes were the entire point of my story. I had made it easier for him to ignore the fact that the piece was actually about ontology. Perhaps he didn't know what ontology was and thus was grateful I had provided him with an escape route.

Readers and critics in other countries don't suffer from the wordplay-phobia of their English counterparts. I used to believe that one of the reasons I am more highly regarded as an 'ideas writer' outside England is because in translation my works are shorn of the distractions of my wordplay; but in fact many of my translators make great efforts to replace my untranslatable puns with puns of equal value in their own language. In one Russian anthology every single example of wordplay in my contribution had its own explanatory footnote. I was deeply touched by that dedication. 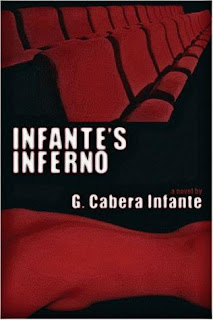 One of the reasons that wordgames (especially puns) are disparaged by English critics is because there's an assumption that the most respected English-language writers of the past avoided them entirely and only employed sober language. But in fact it was the mid-level authors (Henry James, John Galsworthy, Jane Austen, etc) who adopted that approach; the truly great masters relished the use of wordplay. I need only casually mention Chaucer, Spenser, Shakespeare. As for the modern masters: James Joyce, Samuel Beckett, John Barth, Thomas Pynchon, Flann O'Brien, Gilbert Sorrentino, Vladimir Nabokov and Donald Barthelme, among many others, have all proved themselves adepts at convoluted wordplay.

So what books would I recommend as the finest repositories of wordplay that I've encountered? What are my top five volumes in this category? Well, to make such a selection I first must ensure that the works are entertaining not only for their wordplay. The wordplay mustn't be the main point, but a bonus; yet it must be a bonus good enough to carry the other essential qualities without interfering with them. So then. What do we have? In reverse order, I suggest:

(5) Barefoot in the Head by Brian Aldiss,
(4) Larva: A Midsummer Night's Babel by Julián Ríos,
(3) Zazie in the Metro by Raymond Queneau,
(2) Froth on the Daydream by Boris Vian,
(1) Infante's Inferno by G. Cabrera Infante.

And the Winner is... 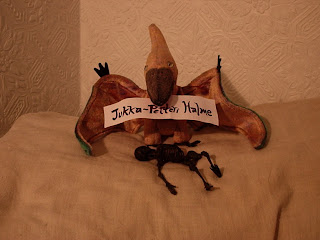 And the two runners-up are:

Jukka will be the main villain. Luísa and Mads will also be villains but slightly less dastardly. Either they will be in the employ of Jukka, or else they will be rivals to him. Another fellow by the name of Tom Alaerts has already secured a place in the novella by prior arrangement: he will be a pirate. Thanks to everyone who entered! Further details of the selection procedure including a full list of entrants can be found on one of my other blogs, here. 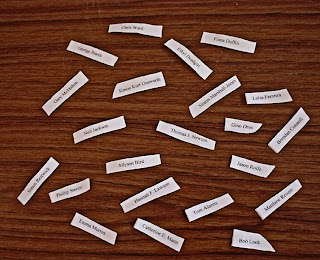 I should have chosen a villain out of the hat by now, but I have decided to postpone that procedure until next Friday, so you still have a few days left to forward your name if you want to be the chief villain of The Coandă Effect. So far twenty-two individuals have offered themselves for this dubious privilege! Here are the names waiting to go into the hat. Do you want to join them? Email me at rhysaurus@yahoo.co.uk. You may ask yourself "What good is there in being a villain?" and to that question I will naturally reply "Precisely!" with a sinister chuckle! 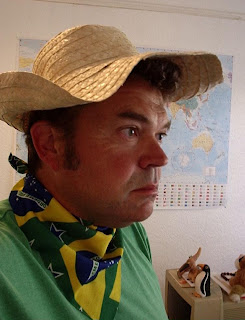 Of course, there's no point just showing the names without revealing the hat. So here's the hat! It came from a Brazilian "Festa Junina" I went to a few years ago. These São João celebrations involve dressing up like farmboys and country girls and dancing the "quadrilha", a sort of wilder version of square dancing. Good fun after drinking rum. Talking about fun, Adele and I spent an excellent weekend wild camping on Oxwich again. We went there partly to indulge in some "weirdlight" spotting (I hesitate to use the term "UFO"). For some reason the skies above Oxwich are full of odd lights and the dunes and marshes behind the beach aren't short of will-o'-the-wisps and other peculiar glows. Anyway...

I have just done a piece about the book I would like to be buried with. Click here to read it. This is an ongoing series and some of the other authors who have taken part have come up with a few interesting choices. The truth is that I don't really want to be buried with any book; I would prefer to be cremated on a beach. But any opportunity to plug the particular author I have chosen must be taken!