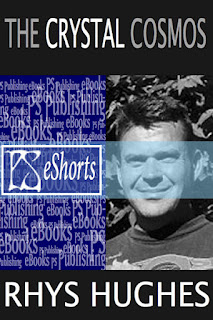 My SF novella The Crystal Cosmos has just been turned into an ebook and released by PS Publishing. This novella was originally issued as a hardback in 2007 with a lovely introduction by the wonderful Michael Bishop.

The print version contained some typos, so I was pleased to be able to correct those mistakes for the electronic edition. Here it is! It's a cosmological and ontological romp featuring the discovery of a Ptolemaic/Keplerian solar-system made from diamond.

Think Ian Watson, Barrington Bayley and Stanislaw Lem in an interstellar trireme rowing for their lives between the Scylla of absurdity and the Charybdis of philosophy. At least, that's the effect I was trying to create!

This ebook costs the astronomical sum of £1.99 and can be purchased direct from PS Publishing by clicking on this link.

Lamblake on the Big Screen


The horror writer Ramsey Campbell has gamely offered to review the Lamblake Heinz ebook. Why he wants to review this spoof collection instead of my wholly serious horror volume from last year, The Brothel Creeper, is slightly baffling to me, but that's the way the world works. Possibly he believes that 'Lamblake Heinz' is a parody of himself and wants to check out his style; or it could just be that he has a playful sense of humour. Lamblake Heinz has very little to do with Ramsey Campbell, of course, apart from the mutations of his personal name and the title of his ebook.

That was a short film made by Gonzalo Canedo, the brilliant artist who created the cover of Lamblake's ebook. Who would have imagined that Mr Heinz would ever make it to the silver screen?

Lamblake's ebook is still available from Smashwords. More details can be found there. Or try a free story as a sample first by clicking here. It's all for Animal Aid, folks! Enough money has now been raised to enable the bandaging of an aardvark's nose, if necessary! Keep up the good work... 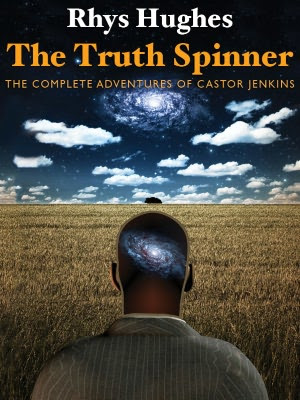 My new book has just been published by Wildside Press in the USA. It's a collection of linked stories called The Truth Spinner and I think it's the best book I have had published so far. I mean that in terms of invention, humour and structure I don't think I'm capable of doing better than this, for whatever that's worth.

Of all my characters, Castor Jenkins, the hero of this book, is perhaps the most voluble. The stories he relates are in the 'club' tradition, not dissimilar to those of Dunsany's Joseph Jorkens, but it's not simply a case of faking outrageous exploits. He's trickier than that. He might lie about trivial things but be completely serious about the most incredible events...

This seemed like good advice, and because The Postmodern Mariner turned out to be a failure in commercial terms, I didn't hesitate in planning new adventures for Mr Jenkins, enough to make a book that would give him a second chance at getting his strange messages out to the world. The Truth Spinner contains eighteen stories in total, grouped into three sections, and it can be purchased from Amazon as a paperback or as an ebook.

If you would like to hear an audio version of the first story in this collection, please click on this link. It appeared on Podcastle a few years ago. 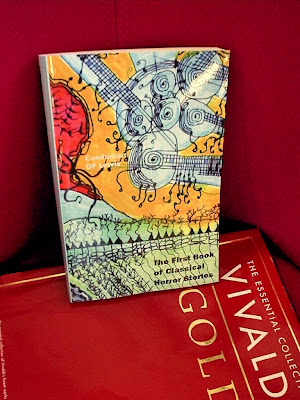 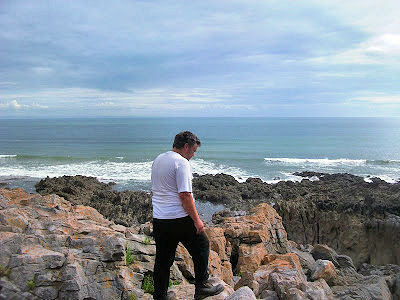 I have lots of writing news, both good and bad, so much of it that I'm in a brain overload flap thinking about it. I need to go away and make an ordered list of what is happening; until then I'll talk about something else entirely, namely outdoor pursuits. Despite the abysmal Welsh weather (even worse this year than previous years, which were bad enough) I have been getting out and about as much as feasible.

There have been fossil hunts, explorations of cairns and caves, running, cycling and the usual summer activities; but I have also decided to reignite my interest in rock climbing (well, scrambling actually). Just simple stuff, of course. I'm not yet fit enough to do more than crawl over boulders and my power to weight ratio is rubbish. Still, it was great fun, and I wonder why it has taken me so long to get back into it? I'm stiff today, though. My legs won't bend.