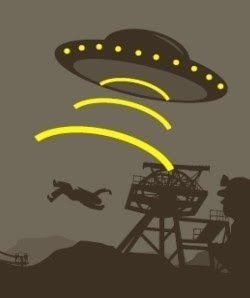 Copies of the second edition of The Smell of Telescopes arrived for me yesterday. The book looks extraordinary and I'm delighted! Full marks to Eibonvale Press of Slovenia! The book was actually published in July last year when I was in Spain, so I haven't had a chance to see it until now. This is the first of my books to go into a second edition: Worming the Harpy should be the second.
The Welsh literature conference I've already mentioned now has a rather curious name (Space, Time, Machine & Monster) and a definite timetable of events. Saturday 21st July, 10:00-16:30. My own slots are between 12:00 and 13:00, when I'll be giving a presentation on OuLiPo, and 16:00-16:30, when I'll be participating in a panel discussion on alternative fiction with Jasper Fforde, Steven Volk, Tim Lebbon and others.
I'm extremely short of money at the moment and so I have to find free things to keep me entertained. An all day walk in the Gower seems probable tomorrow, and with the encouragement of Adele I'm going to join a local walking group, so hopefully on Sunday I'll be swimming in some waterfalls near Pontneddfechan. I haven't been up that way for years, not since the midsummer poetry readings of the perpetually stoned Chris Torrance in his tumbledown cottage.
# posted by Rhys Hughes @ 10:04 PM 2 Comments

A Girl in the Hand 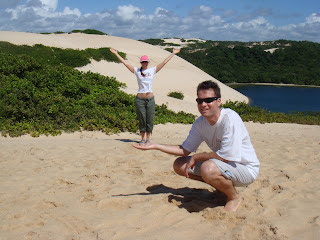 Although I blogged about my friend Caroline Moreira's wedding three posts ago (three entries ago sounds saucy) I feel compelled to do so again, partly because of this excellent photo taken on their honeymoon. I like these tricks of perspective -- I've seen great photos of people 'drinking' waterfalls or 'bouncing' the setting sun like a basketball. Optical illusions are a mighty fine art in themselves. Escher was the great expert, of course. His Waterfall has fascinated me since I was a child. When I first saw it I couldn't work out what was "impossible" about it, other than the fact that the garden was full of subaquatic plants, and I think it was many weeks before the truth clicked!
I have big money worries at the moment, which is fairly normal for me, and also I might have to move house tomorrow. The association who own the apartment of my friend Filiz didn't take kindly to having an unofficial tenant on their property. I think I'll be living somewhere near the centre of town instead, which has both advantages and disadvantages, in a very basic place. But the lack of such distractions as television might encourage me to resume work on The Pilgrim's Regress. I haven't touched it since returning from Matosinhos! I tend to work in fits and starts, a neverending cycle of boom and bust. That sounds saucy too, but isn't.
# posted by Rhys Hughes @ 9:11 PM 0 Comments 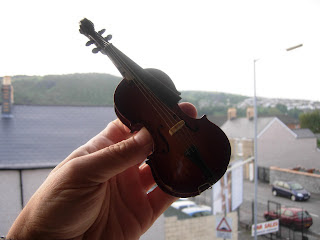 A blog entry without a picture always seems a bit shoddy. Here's a picture of a small cello suspended outside my window. It's not promoting anything, but the skyglow proves I've been getting up early. Indeed it does. The reason why I'm awake to greet each sunrise is because I'm writing academic essays for friends who happen to be university students. These essays are mostly on subjects I know nothing about and the work is therefore taxing and requires many hours of input.

I've done this several times in the past. I once wrote a lengthy dissertation on organic architecture to help a friend get a degree, learning about the subject as I went along. Is that plagiarism? No, it's fraud, a quite separate category. I've also sat exams in the guise of other people, and when invigilating for exams I've always permitted the candidates to cheat. Clearly I am immoral. But I'm also nice. Such seemingly inappropriate, superficially paradoxical combinations move me deeply: sweet and sour, organised chaos, futuretime nostalgia.
A box of the second edition of The Smell of Telescopes is on its way to me: the book was published almost a year ago but I haven't seen it yet. Great! My novelette 'Flecks from the Isle of Chrome' has just been published in Postscripts #14: it's related to my 'Long Chin of the Law' novella. Fab! The Postmodern Mariner has just gone to the printers: will be back soon. Cool! Last week I shaved with chocolate and banana ice cream because I didn't have soap. Ouch!
# posted by Rhys Hughes @ 11:15 PM 5 Comments

The weekend was a big one, much bigger than most, although I didn't go on any long walks or attend any gigs or even bask in the sun. But this same biggness means I've fallen behind with my work. I have lots of work to do but I feel demotivated. I'm helping some friends with their university assignments and so I've been trying to cram up on subjects I know nothing about. Cheating on behalf of others isn't easy!

I've just received the timetable for an SF conference organised by the Welsh Academi at the University of Glamorgan in June. The fact the Academi has organised a conference that has nothing to do with social realism is remarkable in itself. Next they need to learn the difference between genre and true fantastical literature (magic realism, fabulism, metafiction, etc) and maybe I can help that process along, just a little. My own talk is entitled 'OuLiPo: how to write impossible stories' and I'm looking forward to demonstrating some of the remarkable techniques devised by Queneau, Perec, Calvino, Roubaud, etc.

The Postmodern Mariner is almost ready to go to the printers! Yo ho ho! The unofficial launch for the book will be on the beach here in Swansea (unofficial to bypass Health & Safety laws) and it's hoped people will dress in piratical garb of some sort, even if it's just a knotted hanky on the bonce. I have a clear image of what a Postmodern Mariner should look like: outfitted like a buccanneer but with a frappuccino instead of a parrot on his shoulder. A filmmaker named Martin Roberts might film the event.

What Kind of Hat Does the Sun Wear? 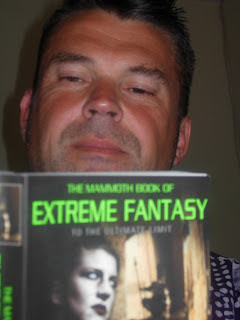 The sun has got his hat on... But what kind of hat does a sun wear? Not a sunhat, surely. Maybe a moonhat... Talking about moon-related things, there's a character in The Postmodern Mariner who is obssessed by the moon. I'm currently proofreading the final draft of that book, so it should be going to print very soon. The same character also crops up in The Less Lonely Planet and I'm including him in The Pilgrim's Regress -- he's sneaking into a lot of my most recent work, mooning around when he gets the chance, trying to take over. I'll have to keep a close eye on him...

On Sunday I went for an 11 hour hike in the Gower with Adele and got myself frazzled by the sun. We went swimming in Three Cliffs Bay (the sea was freezing) and then played frisbee to dry out. We also had a hopping race. I lost because she cheated. After all that solar radiation I now resemble a sunblush tomato, almost 10% the redness of Tim Prosser. Here's the evidence, coupled with another plug for The Mammoth Book of Extreme Fantasy. I'm trying to organise a beach party on Thursday evening. Anyone who wants to come, please let me know!

Jeff VanderMeer has advanced the claim that I am an unsung hero. I fear he might be right and thus I invite singers to sing for me, if they feel so inclined, at any time in the coming weeks, to help negate my unsung status. If singing is not possible I'll accept an instrumental, perhaps performed on a vegetable trumpet like this, or on a carrot syrinx like this. I hope those instruments are organic!
# posted by Rhys Hughes @ 2:00 PM 2 Comments 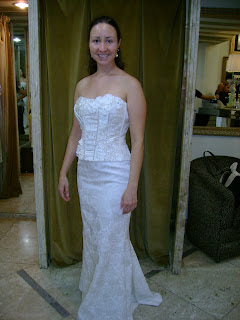 Some people get married. My lovely Brazilian friend Caroline is getting married tomorrow. Immediately after the wedding ceremony she is going with her husband to a Whitesnake concert. There's no reason why I should be astonished by this choice of celebratory music, but I am. Then the happy couple are going to the tropical paradise of Natal for their honeymoon.

Caroline was the main inspiration for my Sereia de Curitiba book and we've managed to remain close friends despite not seeing each other for six years. For me that's unusual, as I'm bad at keeping in touch with distant people: when my friends are far away I tend to lose contact with them. That's not good; but I'm not especially good, so at least a certain symmetry is preserved.

I might not be good, but I'm talented, and that's some kind of substitute, surely. Today I received my free copies of Mike Ashely's new anthology, The Mammoth Book of Extreme Fantasy. It contains my story 'The Old House Under the Snow...' and I'm delighted to be part of this project alongside such excellent writers as A. A. Attanasio, Michael Moorcock, R.A. Lafferty, Howard Waldrop, Orson Scott Card, Jeffrey Ford, Michael Swanwick, etc, etc.

Back in cold rainy Swansea... but I managed to play frisbee on the beach again. It wasn't too windy and the sky was interesting. My friend Adele has a soft frisbee that rolls up into a cylinder and makes a strange gloopy noise when it's caught, like a flying jellyfish. Frisbee is a minor hobby of mine, reading is a major one. For some reason I don't seem to be getting quite the same kick out of reading as I used to. Probably a sign of age. When I was in my early twenties I was genuinely besotted by every new discovery: the act of reading seemed active rather than passive.

I still enjoy books but I rarely love them in the same way. Maybe I'm consuming too many. I average between 20 and 30 every year. I've recently been disappointed with many authors recommended to me. Jonathan Carroll wasn't as good as I'd hoped, nor was Richard Matheson. It has been more than two years since a book made me jump up, ruffling my hair (as Nabokov would have it). As for the next hair ruffler: it might well be Blaise Cendrars' Moravagine. Mind you, I've just had my hair cut very short and there's not much to ruffle.