A few more glamour shots of Engelbrecht Again! can be found here...
The full promotional film for the Fast Ships, Black Sails anthology of pirate stories is now online (the most convincing pirate among the readers is Conrad Williams; I look like I didn't make much of an effort, which is absolutely true)...
I'm doing a perfomance thing on December 6th called Borges & Bossa Nova, a rare Swansea event for me, with Paul Battenbough of King of Despair fame. It's actually a reprisal of the Sereia reading I did in Lisbon a few years back, but with live music.
Snippets will become details soon enough... 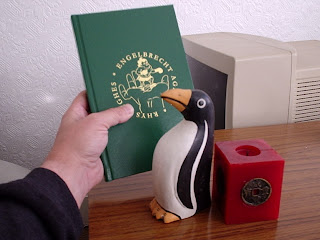 The plucky surrealist dwarf has made his re-appearance in a sequel at last! Took him a long time... 58 years since Richardson's book was first published... He has come back with green skin and gold lettering. Very nice! Penguins feature not extensively in this book. Candles and hands do... 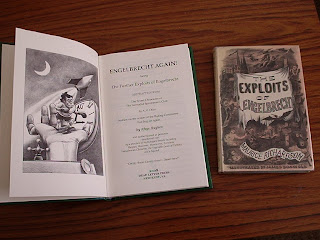 Well, not candles and hands, but the Hand of Glory, which is a sort of flesh candelabra ignited by magic... Other things to be found in these pages include: monstrous prog rock bands, the recreation of Pangea, cosmic bagatelle with skyscrapers and meteorites... 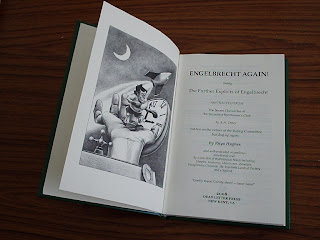 There are, in fact, too many things to mention. Like money when it's tight... Let's just say that the dwarf doesn't get much of a rest in this novel. Not that he would want one. He's irrepresible and even more full of zest than Tarzan. Which reminds me of this theory I have about my Portuguese publisher Pedro Marques. See if you agree. 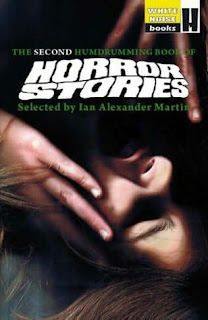 The publishing company Humdrumming has gone into liquidation. The end was as rapid and unexpected as the collapse of a soufflé. What kind of soufflé? Why, chaos-and-ego, of course!

The Canadian fellow Ian Alexander Martin (director of the company before the fall) is either: (a) A marvellous chap and it certainly isn't his fault that Humdrumming failed. The fault belongs to others, who kept him in the dark about stuff, sabotaged his reforms, etc. (b) A psychopath with no business sense who brought the company to its knees like a demented lumberjack meeting a stilt walker.

I don't know which of those options is the truth. He was one of the most conscientious editors I've ever worked with, so from personal experience I'd plump for (a) but I'm aware there is always another side to any story and I have recently been persuasively informed that (b) is the real answer. Probably best I don't comment on it. Too late now! Maybe the answer's in the middle... No, that's too cheesy and glib a solution!

Anyway... the upshot of this is that The Less Lonely Planet is no longer available to purchase and thus is fated to become extremely rare. If you have a copy, then rejoice! for there aren't many in circulation; and when I eventually attain the dizzy heights of literary fame that destiny has reserved for me, this book will be of immense value!

The same holds true of the two Humdrumming anthologies that contain my work, especially the second volume, which was distributed so thinly that even the aforementioned director of the company doesn't own a copy (and neither do I).

Although it has nothing to do with Humdrumming, my recently published novel Engelbrecht Again! is also guaranteed to become a collector's item. Consider buying a copy so that one day you can boast that you were a shrewd investor in your (relative) youth. How your friends will froth with envy! Like rabid pandas! 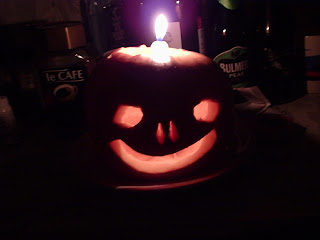 Engelbrecht Again! has been published at last! It plopped forth from the printer's womb last Friday -- on Halloween! Was that appropriate? Well, there are plenty of ghosts, skeletons and witches in the novel. So yes. We celebrated this news by drinking wine and carving features into a pumpkin. We tried to make a happy face, but pumpkin heads always look a trifle sinister and this one was no exception. I wonder what trifle heads look like? No I don't.
# posted by Rhys Hughes @ 10:19 AM 4 Comments