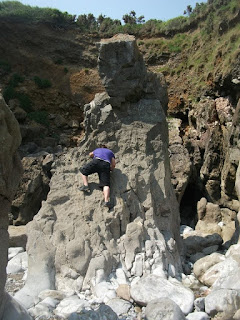 Human beings are machines. Some machines are more complex than others. My own physical and mental workings are fairly simple. When summer is here and the sun is shining I'm happy, healthy and motivated; when it's cold and rainy, I am none of those things. Over the past few days the sun has returned to Wales. This means that running, swimming, cycling and (best of all) climbing are feasible again.

I went to Brandy Cove yesterday. There's a rocky outcrop that looks like a carved stone giant. Therefore I have named him the Brandy Cove Giant. Original, eh? Now that he has a proper name he can be climbed.

I also did a bit of slab climbing. Slab climbing is supposed to involve leaning back from the rockface, getting your weight into your feet and using your legs to do all the work. I find that a bit scary, so I tend to scrabble at the rock like a baffled lemur. 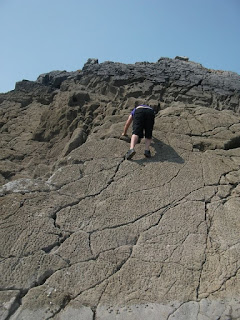 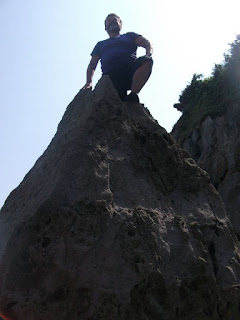 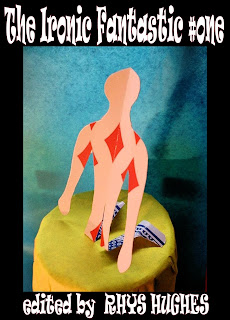 A mere four (or it five?) months late, the first instalment of the free ebook version of the so-called 'Winter' edition of Sein und Werden is finally here. I could have done this a lot sooner but I felt blocked for some reason, unable to get the formatting right. Basically, I am not cut out to be an editor. But anyway, it is here now; and the second part should be out soon.

In the meantime, please enjoy part #1. It is free! And this link is the place to get it from: THE IRONIC FANTASTIC #ONE

After part 2 I see no reason why there can't be a part 3 and then a part 4 and so on. In fact The Ironic Fantastic series could be run indefinitely. Certainly there is a dearth of outlets for this kind of fiction, for genuinely original and ironic, absurdist, whimsical fantasy. I don't fancy editing them all myself, though! I might look for an editor or editors willing to take on the workload. 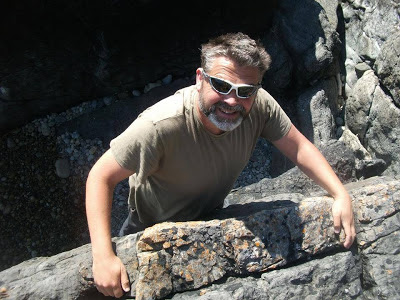 Yesterday I finished writing my 700th story. 'Shelling the Toad' was an idea that gestated in my head for a decade and a half before I sat down to actually write it. Finally it has been encapsulated in prose and I am delighted, etc. I seem to be delighted a lot these days.

This morning I added it to a new collection that I have just put together for a renowned editor in the USA. The title of the collection is Bone Idle in the Charnel House and at the moment it contains 24 stories and has a total length of 100,000 words.

But even if it's accepted I think the contents may be adjusted before publication as I tried to sneak some logico-philosophical absurdist stories in among the more gothicky material, for this is essentially a 'weird fantasy' volume along the lines of Clark Ashton Smith, Thomas Ligotti, Géza Csáth, etc.

Apart from the good things that have been happening with my writing, the other reason I am happy is because I have got back into exercise at long last. Running, hiking, cycling, even swimming. And I am climbing again. Climbing is certainly the finest sport ever devised!


I am hugely delighted to announce that my novel The Young Dictator has been accepted for publication by a publisher based in Ireland. I wrote the first chapter of this novel back in 2010 and wrote the remainder of it last year. The story concerns Jenny Khan, a young girl who gets accidentally elected as a Member of Parliament and succeeds in dismantling the democratic institutions of Great Britain and assuming autocratic powers. Later, with the assistance of her Gran, she launches a campaign to take over the Milky Way galaxy, the infernal circles of Hell and all of cyberspace too...

The novel is a satire on politics, on fascism in particular but also on representative democracy. I wanted to write something in a more direct and simple style than my usual work. My desire was to create a book that could be enjoyed by young and old adults equally, a comedy that gets wilder as it progresses but also tries to raise some interesting questions about the strategies people use to cope with modern life. The publisher will be Pillar International Publishing and I have just been formally added to their roster of authors. Although I always enjoy having a book accepted for publication, I am especially pleased with this one... 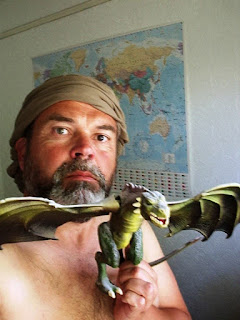 Why wear a shirt on your torso when you can wear it on your head as a turban instead? This morning I went out with my pet to hunt Tories... The desert winds sang softly, the waters of the oases sparkled like similes... My pet is a trained miniature dragon. A trained miniature dragon is like a falcon with the solitary difference that it's not at all like a falcon... Nonetheless, hunting Tories is a noble pursuit. Some people fear that overhunting will lead to extinction but I really don't think there's any danger of that...

As for other sports, I have got back into climbing, cycling, swimming, etc. The weather has finally been good enough to permit such a lifestyle. I am very grateful to the sun for this! In my next blog entry (or the next but one) I will attempt to create a list of all the possible books of mine that may be published in the near future. I have sold a lot of work recently and if all goes to plan I should be having many books published in the next two or three years. We'll see. In the meantime, why not try hunting some Tories yourself?